In early 2005, I stumbled upon a Yahoo group called FriendsOfDigiComp, where several hundred members were reminiscing about the Digi-Comp I, a toy computer from the early 1960s. In messages archived back to 1999, writers sung its praises in posts such as: “I was 11 years old (53 now) when I received a Digi-Comp I for Christmas. I was fascinated with it from a mechanical standpoint …. Even when I had mastered all the programs, I would still get it out and see what it could do. … I think of it as the spark that got me interested in computing, a career that has been and remains a lot of fun.”

The original Digi-Comp — a “visible computer” with a three-bit readout invented by a small New Jersey company called ESR — was one of the most influential educational toys of its era. You could actually program it to do arithmetic, solve logic puzzles, and even play a mean game of Nim. Along the way, it could teach you a whole lot about binary operations and Boolean logic. Priced at about five bucks, some 250,000 Digi-Comps were purchased by parents through Sears and Edmund Scientific catalogs, and by their geeky offspring through innumerable comic book ads.

The idea of remanufacturing the Digi-Comp I in some form was a recurring thread in the Yahoo group. Members posted photos of physical models, hand-sawn from wood or assembled (enormously) from K’Nex pieces. Debates ensued over the relative merits of materials and techniques: laser-cut Lexan, polycarbonate, acrylic plastics, or nylon? Plywood, Masonite, or Honduran mahogany? Sheet metal cut on a milling machine? Injection molding? Duplicates cast from polyurethane or pourable plastic? Quotes were submitted, prototypes alluded to.

One writer enthused, “We need to form a corporation and elect a leader and set up a purser.” But in each case, the vision of creating a workable product via email collaboration faded. Six years after the group’s formation, the only way to get your hands on a Digi-Comp was to buy one on eBay for about $150.

Forget that. I had to find out how this mechanical computer worked. Fortunately, the group’s archives included detailed photos. Several knife blades later, with a somewhat shaky matboard prototype in front of me, it was time for a test drive. At the heart of the mechanism were three horizontal flip-flops attached to the binary readout. Vertical rods established a link between input and output. “Programming” Digi-Comp meant attaching small tubes to I/O tabs along the flip-flops. My simple test routine used only four tubes, which toggled a readout digit between 0 and 1 each time I actuated a clock cycle by moving a small crank.

And the gizmo worked! Yet, even having built it, figuring out exactly how it worked was a challenge. Here was an ingenious toy (technically a “mechanical programmable logic array”) that had lost none of its teaching potential. It deserved a new lease on life.

But simply providing a set of plans wasn’t the way to go. Building the prototype convinced me that no handheld craft knife could shape all these little tabs, slits, and nubbins precisely enough. It was also way too flimsy; the board thickness would need to double. I began to consider a kit-based approach where I would be the “maker in the middle”: fabricating the tricky bits; shipping out a package of subassemblies, loose parts, and instructions; and letting the end user finish the job. I resolved to produce a kit with precision die-cut pieces supplied as prepunched sheets; users could press the parts out and then assemble them.

So began a nonstop, seven-month solo voyage toward “git ’er done.” Each component entailed Q-and-A loops, vendor sourcing, and time-and-labor calculations. First, I tested cardboard stock for strength, density, grain, and warp. Eventually, I settled on 80-point binder’s board, the stuff used for hardcover books. Next, I had to determine what scale I was going to work at. That would depend on package constraints, which meant planning from the outside in. Online, I discovered gusseted stay-flat mailers: unadorned, practical, 9×12 envelopes. If we die-cut the pieces on a 12″×18″ layout, then sliced that down the middle, could we cram sheets, parts, and a 50-page manual into a 9×12 mailer?

Visually, the pieces had to look great, with snap and gloss, legible labeling, and a retro gestalt. DrawPlus, from the U.K.-based company Serif, let me design the vector shapes on one layer and the print wraps on another in registration. Color laser printing had its own pitfalls: not many low-volume print shops handle 12×18 jobs; fewer still can guarantee a flawless cherry red on glossy stock! And there was still the matter of gluing the wraps to the boards prior to die-cutting.

One recurring question was whether to outsource a component and produce it myself, or pass it along to the end user with detailed instructions. How much time would users want to invest? For example, could they be expected to bend their own wire rods? Maybe, but with what tool and what results? Quality could suffer. How much would a wireforming shop charge for a measly 1,200 rods? Ouch! Fallback: Design a jig and pay my son to crank ’em out.

At every turn, I had lots to learn about materials and processes I’d initially assumed were no-brainers. As for steel rule die-cutting, most of my education was over the phone, from guys who occasionally tossed me a technical tidbit while explaining why my job was impossible.

In hindsight, there were other questions I probably should have asked myself. How much of my own time ends up invested in this? Ultimately, is there any payoff? As a fellow DIY-er, though, you’ll understand: I must be missing the gene that lets such trivial questions keep me awake nights. 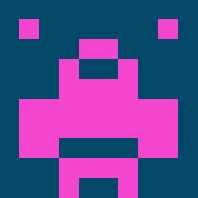 An early contributor to Make:, Tim is still researching classic educational toys in New Jersey. His Digi-Comp I v2.0 kit can still be read about and purchased at mindsontoys.com/kits.htm.