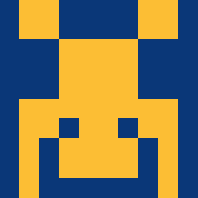 Ross in his studio, overseeing his work that links hydroponic pods of willfully stunted plants into a challenging demonstration of control and life’s ability to adapt.

From his studio high on a hill above San Francisco, artist Philip Ross has a firsthand view of the transformation, expansion, and human activity below — a window onto architecture and ecological shifts, whether they be human versus earthquake over 100 tumultuous years, or puffs of fog hydrating backyard plants on a lazy afternoon.

Within the studio are the artifacts of Ross’ own shifts, the mulchy, calcified, glassy, wooden, digital, and pulpy remains of more than a decade of artwork that straddles the border of technology and biology. Sometimes wrapped neatly, sometimes just lying on the floor, these objects map Ross’ movements along a path where aesthetic curiosity has led directly to a hacking of scientific methods.

Ross’ work explores our inescapable roots in a constantly shifting biological world. It’s a field with easy appeal: few things are as startling as life in transformation. And it’s no accident that his art overlaps with science. The notion of the Greek word techne, as Ross explains it, allows for discovering the properties of a thing not just by what it appears to be, but by what it might be, what it can be: “Both art and technology look at the world like that — not necessarily as a given but as potential, possibility, directions, alternatives.”

Ross himself is a hybrid — born in New York, transplanted to San Francisco, and not quite comfortable with any particular label. Artist, teacher, and curator, Ross is a scavenger as well as sculptor of living objects. His personal quest to engage with, and teach others with, the fundamentals of life fits perfectly with our time, when fields like biology and engineering are merging and raising questions that call for a keener sense of responsibility for where we’re taking this planet.

“My agenda is partially an education,” Ross says, at breakfast, pausing over pancakes at a rowdy Mission District diner. “We have to move beyond a naive ecological view of where we are situated, in that we are definitely animals and our technology is a natural part of our condition, and if we don’t figure out how to naturalize our technologies or get them in line with nature, that’s where the real problem is.”

The pieces Ross makes often place living forms in a situation where human involvement is formalized, like Junior Return, a work from 2005 that encases a plant in a blown-glass hydroponic pod, with digitized life support dialed to the absolute minimum.

The result is a stunted, live object of rarefied beauty suspended in an eerily lit, tiny stage. (Ross recently reprised this work with a batch of 18 pods, all networked together and powered by central batteries.)

The body of work is as much about process as outcome — or at least that’s where the challenge lies. For Was Below, Now Above (2002), Ross created a steel frame that he covered with very tiny oysters and submerged for two-and-a-half years, allowing a colony to form and mature.

As the day approached to raise up the steel ribbing, Ross knew that if he wasn’t careful he’d soon have a ton of rotting mollusk meat on his hands — a hazard to his piece and possibly public health as well. Finding out how to safely and quickly rid the frame of the meat was a challenge that led him to universities and museums, and finally to some not-so-salty water, where the change in salinity killed the oysters, and bacteria ate the soft tissues but not the shells, leaving stunning skeletal remains.

Then there are the reactions from viewers. While building an installation for the Exploratorium in San Francisco, Ross learned that one out of every 1,000 children is a “whacker,” or someone who will just instinctively bash an installation. With Junior Return, comparisons with bonsai are apt, and frequently made, but what’s remarkable is how often parents project onto the work concerns about their own caregiving, or how office workers recognize a metaphor for their own highly regimented lives.

Not always, of course, and one is reminded of Buckminster Fuller’s famous proclamation, “I seem to be a verb.” Ross’ work follows up on Fuller in attempts to conjugate that verb in all its tenses. A willingness to ignore categories in favor of following what seems most interesting is something Ross seems to have picked up on the West Coast.

After an adolescence spent as a self-proclaimed “straight-D student” in New York City, Ross moved to San Francisco to study at the San Francisco Art Institute. The Bay Area’s thriving technological experimentation was inspirational, with hotbeds of activity stretching from industrial artists like Survival Research Laboratories to corporate innovators like Xerox PARC.

“Compared to the East Coast it’s a lot easier to integrate these different worlds; people cross over. The Bay Area not only has this great technical culture, it also has a technological counterculture.” Technophile splinter groups with “thousands of opinions” expanded Ross’ sense of possibility.

But a fascination with technology was a long way from the kinds of biological experiments that Ross currently produces. Perhaps predictably, it was his day jobs in other professions that led him to the natural world.

“Mushroom hunting unlocked it all for me,” says Ross, who stumbled upon his obsession in the days after art school when he supported himself as a cook at a summer camp. He loved to eat, and when taken along on a hike with a fellow cook, he found that searching for his own food in the wilds offered a much different sense of nature than the alienation from it that he felt growing up.

“It was a way that I could also pay attention very critically to my environment and the subtle things going on, because it’s so high-risk: you do the wrong thing and you’re dead. You spend time learning about this thing or find experts who you trust. Who do you trust with your life?” His interest in mushrooms led to learning about the trees they grow alongside, and from there the expansion was infinite.

Ross changed jobs, this time to become a hospice caregiver. Grueling work, its constraints wouldn’t let him go out in the woods mushroom hunting, so he became determined to teach himself how to culture and grow them at home, reading up on scientific protocols. Though they used a different language, the protocols for mushroom growing resonated with his cooking experience. “The tools were all the same, and even the procedures: steaming, and baking, and thinking about cleanliness.”

It all came down to having a recipe.

Once he realized that working in a lab was like cooking, he jumped right in and started building his own laboratory (see MAKE, Volume 07, page 102, “Home Mycology Lab”). “It wasn’t too complicated. Doing biological research is really easy. You’re dealing with biology, and it’s everywhere around you.”

Ross’ most ambitious work yet debuted in late October with BioTechnique, an exhibit that he is curating and also exhibiting in. Held at San Francisco’s Yerba Buena Center for the Arts, the show assembles a group of artists whose work incorporates biology, alongside works from industrial technologists, ecological researchers, and biological engineers.

Fitting everyone together in a museum is “like a temporary hospital-space-slash-research-lab, in a setting that doesn’t really accommodate that.”

Art museums are just not comparable to, say, a university’s ability to pay the overhead for all this science. But Ross’ ability to network, ask for help, and call in favors from his friends and allies, “taking little bits from all over, volunteering from all around, and stitching it together,” will allow works such as the one planned by Australia’s Tissue Culture and Art Project, that will involve growing out a specific mouse cell line. The “McCoy” cell line will need to be ordered, cultured at the nearby Exploratorium, and then transferred to the museum and kept in a bioreactor.

There’s also a concurrent educational event tied to the show, called Technebiotics, a day of demonstrations of biological techniques by artists, scientists, and other show participants.

“I love showing people how easy it is to build all this stuff,” Ross says. Teaching art at Stanford and UC Santa Cruz, he proves that the line between artist and scientist is very slim. The barrier of having the right tools, he demonstrates, is low indeed, with exercises like “Medieval DNA Extraction” in which he shows students how to extract DNA from mammalian or vegetable cells, using candles as a heat source, some water, and not much else. “In the end you have this vial in front of a candle, and it’s almost an alchemical thing: suddenly you have DNA.”

The thinking is the important thing, and the willingness to try. “Almost all biologists that I know, their greatest skill is observation and comparison and very good data acquisition. You can just sit and watch the grass grow and come up with phenomenal postulations about the nature of life. A notebook is pretty much all that Darwin had, and he did pretty well. Anybody can engage.”