We’re prepping for the official change of seasons here at Eccentric Manors.  Personally, Spring has always been the most Makerly of seasons… In a perfect world (or a parallel universe), the other ones are called ‘Gear’, ‘Lever’, and ‘Cam’, but that’s a different discussion.

Anyway, as always, in Spring, a young mans’ heart turns to thoughts of ballistics, as the projectile acceleration projects of Winter are dusted off, tuned up and hauled out into the great outdoors for proper field testing. Just yesterday I walked past a pod of rosy cheeked youngsters setting up an improbably complicated water balloon slingshot in a local park, much to the disconsternation of rubbie and hipster mom alike. The scene put a grin on my face a mile wide, but having been there and done that, I knew from experience that police intervention was only a matter of time.

I hastened my pace to avoid being caught up in their dragnet and forced to explain the quite bomb-like driftnet float I was hauling home from a scrapyard on a shopping cart, but the circumstances triggered some thoughts.

The first performance statistc that occurs to most people when confronted by a mechanism that shoots, launches or throws something is ‘how far will it go’. A valid question, but oddly enough, not the first to occur to members of the constabulary, who are far more concerned with ‘how fast does it go’, and the equally incriminating ‘how much energy does the projectile carry’. Projectile weight and muzzle velocity are the crucial factors considered by the forces of law and order when determining the legality of ‘firearms’ (as the law terms ’em, regardless of the actual presence or absence of gunpowder, flint, or tinder), and it’s the first thing my lawyer guys wanna know about whenever I’m getting a ballistics based piece prepped to sell

There’s undoubtedly a number of open source Arduino based ‘Radar Gun’ velocity detector projects currently in development which could provide Makers with quality speed measurement technology… dunno if you could fit one into an Altoids tin or not, but whatever…

If you embrace a more ‘quick ‘n dirty’ philosophy to such things, you can get satisfyingly accurate results from the bodge I use at Eccentric Manors, which I learned about 5 years ago from a guy who who auditioned for a band I was in. All you need is 2 peizo contact mics, 2 sheets of paper, and a laptop running an audio editing application.

How-tos on making contact mics from peizo buzzer elements are all over the ‘net; I detailed the process exhaustively in the Deskbeam project in Eccentric Cubicle. You’ll need a pair of ’em, on nice long cables, terminating in a 1/8″ TRS miniplug. The grounds join at the ‘sleeve’, with a hot going to ‘tip’ from one mic, and ‘ring’ from the other. Jack into your soundcard ‘Line In’, fire up your audio editor of choice and record a few seconds of stereo audio while tapping on each peizo. The waveform view of the file you record will show clear spikes for each mic, cleanly delineated between the left and right channels. Attach each mic to the corner of a sheet lightweight newsprint, and head to your test firing range. Set up the device you want to test, and run a 20 foot length of kitchen twine down your test range positioned so that the sheets of paper would be directly in the line of fire if they were hanging from it (I’m leaving it up to you to figure out exactly how to do this…me, I just bang a couple of bamboo stakes into the dirt). Hang one sheet directly in front of the ‘muzzle’, and the other exactly 10 feet further downrange. Connect the mic leads to your audio input, hit record, and fire a shot. Your resulting waveform will look like the one pictured, with the duration between the attack of each spike representing the number of milliseconds that elapsed as the projectile traveled the 10 feet from the first sheet of paper to the second.

SImple bodges like this please me greatly, and the over-all concept is highly repurposable.

Still won’t fit in an altoids tin though… 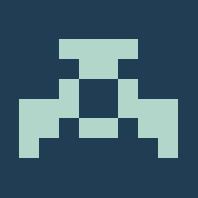