George Gomez wasn’t a fan of pinball, exactly; he was a fan of making things. An industrial designer by training, he’d spent the beginning of his career creating toys and coin-operated video games. (He was the guy behind Midway classics like Tron and Spy Hunter, and even had a hand in that cool Gorf joystick.)

But, as Gomez says, “I’d always wanted to do a pinball machine. With conventional toys, you’re working with an LED and a 9-volt battery, and you’re working on something that has to cost $19.95. So here’s this thing that costs $4,000, and there’s range there to do some cool stuff.”

Following his pinball dream, Gomez joined industry giant Williams, the company behind hit games like Terminator 2 and The Addams Family. The year was 1993, and counter to those who thought Pac-Man and Street Fighter had killed pinball, the industry had just experienced its biggest boom in decades thanks to sales in Europe and novel technologies like dot-matrix score displays.

But by 1997, the novelty had worn off; so, too, had ever-more-complicated rule sets that alienated the casual pinball player. Kids were glued to PlayStation and Nintendo G4 home consoles. The pinball market was saturated. Complicating matters, the huge potential of Williams’ new line of video slot machines left investors wondering why Williams was wasting its time on a product seemingly on its last legs.

CEO Neil Nicastro delivered an ultimatum: come up with a new kind of pinball machine so stunning as to make existing pin-games seem obsolete. The penalty for failure? Watch Williams’ renowned pinball business close for good.

Desperate pinball employees churned out ideas, and the concept that emerged was one that replaced pinball’s backglass with a 27-inch CRT that could show animation and video games to complement the pinball gameplay. The new platform — christened “Pinball 2000” — seemed promising. At least, it did to most people. But not to George Gomez.

Gomez worried that the concept would feel like substandard pinball welded to a substandard video game. “It didn’t do justice to either format,” he says. So he took his concerns to legendary Williams designer Pat Lawlor.

The solution, they thought, lay in the recent past, using a thing called a “combining mirror.” Video games like Space Invaders and Asteroids Deluxe had used a half-silvered glass positioned at an angle to make a video image float in front of a painted cardboard background.

“The combining mirror trick was used in the early days to make video images appear more full than what the hardware was really capable of,” says Lawlor. Applying this technique to pinball could let video images interact with the ball, something that felt like a quantum leap beyond the current plan’s separate monitor and playfield.

Gomez and Lawlor shopped their idea around to co-workers, but no one got it. Nobody thought the image would be bright enough, or that the interaction between the ball and the video image would be satisfactory. Beyond the skepticism, the pinball group was resentful: by suggesting a change in direction mid-course, Gomez and Lawlor were effectively casting a vote of no confidence in the team’s efforts to keep pinball afloat.

The two weren’t deterred, but given the hostile environment at Williams, they knew they’d need to go somewhere else to develop their idea. While they spent their days at Williams, in the evenings they pursued their Pinball 2000 alternative in the more hospitable setting of Lawlor’s garage.

Rough sketches led to an encouraging test with a 1-scale foamcore model. Next up was a full-scale prototype. “Pat had a pretty well-equipped place, but mostly we used simple shop and hand tools on that project: table saw, band saw, drill press,” says Gomez.

The bottom cabinet and playfield came from an old pinball machine Lawlor had at home, but the other, more novel parts of their prototype required some ingenuity. Video images were supplied by 2D artwork Gomez had stored on an old Amiga 1000, displayed on a salvaged 19-inch arcade monitor. To reflect the monitor image, the prototype needed a playfield glass that was semi-reflective. “We mirrored the glass with off-the-shelf limo window tint film from the local auto parts store,” says Gomez.

After two months of hard work, they got their “eureka” moment when they saw an image — in this case, a bitmapped illustration of a robot — seemingly standing on the pinball playfield. Says Gomez, “I still remember the excitement when I realized that it was really going to work.”

Their prototype was still crude — the game’s static video images didn’t interact with the ball — but there wasn’t time to take the idea further. The original Pinball 2000 concept was advancing, and Gomez and Lawlor got the hint that it was now or never for their alternative.

They packed up their “Holo-Pin” prototype and headed back to Williams to unveil it to management and engineering teams. The anticipated reaction?

“I had no idea,” says Lawlor. He and Gomez had already flatly rejected the concept their co-workers were now throwing all their effort behind. “Politically, what we were doing was very upsetting to many people.”

But any rancor vanished when the two men showed what they’d done. Everyone loved it, even the team developing the current version of Pinball 2000.

“I was blown away,” says former engineering director Larry DeMar, no stranger to coin-op

success as the co-creator of video hits Defender and Robotron: 2084. “The prototype worked so well that it was instantly clear to me that this was big.”

But not only was it a big idea: it was an enormous undertaking. “Pinball teams would acquire a video game component,” notes Gomez. “We needed display technology, artists, animators, cinema guys; the software team would have to expand with dedicated programmers for the video elements. We’d have to redesign assembly lines. The thing needed a new box. We were asking the company to turn its entire world upside down.”

Williams’ 50-person pinball team went into overdrive converting the prototype into a real product and 18 months later, the first of the Gomez-Lawlor breed of Pinball 2000 machines, Revenge From Mars, launched in March 1999.

The second Pinball 2000 machine, based on Star Wars: Episode I, sold well but underperformed relative to outsized expectations. In a market that wouldn’t tolerate mistakes, Pinball 2000 had faltered, resulting in a surprise announcement from Williams: on Oct. 25, 1999, only eight months after Pinball 2000’s introduction, the company would end its 55-year run in the pinball business to focus on video slots.

One can argue whether Pinball 2000 ultimately could have saved pinball at Williams; it’s easier to make the case that the odds were so stacked against the product that it was destined to fail. Still, in the time they spent handcrafting Pinball 2000, Gomez and Lawlor achieved something remarkable in an industry not known for breakthrough innovation.

Today, Lawlor runs his own game design firm. He initially focused on designing pinball for Chicago’s Stern Pinball. After a stint at Midway video games, Gomez now works at Incredible Technologies, a manufacturer of coin-op games and video slots, and in his spare time, still designs pinball for Stern.

Despite the death of the Pinball 2000 concept both Gomez and Lawlor remain committed to the maker ethos.

“My small company, Pat Lawlor Design, has a physical shop and tools that it takes to model ideas quickly,” says Lawlor, “all because I believe very strongly in the ‘skunkworks’ approach.”

Says Gomez, “I currently use 3D and old 2D CAD tools, and yet the most powerful rapid development tool is actually making things with my hands.”

Want to learn more about pinball and the people who make it? Pick up a DVD of Tilt: The Battle to Save Pinball, the author’s acclaimed behind-the-scenes look at the development and ultimate demise of Pinball 2000, available at makershed.com. 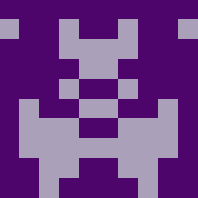 Greg Maletic (greg@tilt-movie.com) is a software designer and illustrator living in San Francisco.