Steve Coast, founder of OpenStreetMap, is going to doing some authoring for us on this unique, editable world map project. Steve started OSM in 2004 and has been deeply involved in it ever since. He lives in Denver with his wife, where he also enjoys hang gliding and collecting hammers. – Gareth Branwyn

OpenStreetMappers in Kibera, Nairobi, out mapping with GPS units, pens, and paper

Maps are not immune to your DIY impulses, and like any form of making, they suck you in with their combination of in- and outdoor activities, with old and new ways of capturing data, and with the joys of accomplishing something yourself.

Let’s start with the problem. Maps today are typically old, wrong, and expensive. As soon as you’ve made a map, it’s already changed, and you have to go out and start fixing it. Someone has changed a road name or closed a street. That makes maps wrong, and increasingly wrong as they get older. They’re also expensive and hard to license because of the upfront cost in mapping a country is usually so high that it only makes sense for a couple of companies to try it, and they have to recoup their losses.

This should remind of you of Encyclopedia Britannica and the rise of Wikipedia. Old and broken? Check. Expensive? Check. Hard to license? Check.

Hence OpenStreetMap (OSM). OSM is the openly-licensed map of the world that anyone can contribute to. If you want to fix or add a street, you can. Want to add a hiking or ski trail? No problem. We’re as open-ended as you are.

How does it work on the ground? Well, you take some GPS traces by walking your favorite trail and collect points of interest along the way. You might record the name of a creek, the speed limit of the freeway you drive there on, or the location of a water fountain. How you record this is up to you, paper and pen is just as good as camera shots or voice recording into a Dictaphone. Then, using a variety of open tools on your desktop or on the site itself, you literally draw your data on to the map. But be careful, it’s addictive!

OpenStreetMap is more than just the map — it’s a vibrant community of over 300,000 collaborators from around the world. Regular mapping events (mapping parties) are organized, where newbies are shown how to map, and we have a global conference which will be in Denver in 2011.

If you want to find out more about OSM, there’s an extensive wiki, blog, and help forums. So take a look at the map in your area and see what needs to be fixed, it’s easier than you think! And, of course, for bonus points, spread the word at your local maker/hacker group. 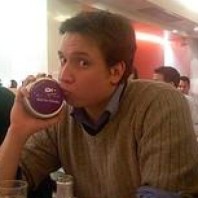