This morning I saw several tweets about DNA testing and Osama Bin Laden:

“All I’m sayin is, if they took DNA samples for bin Laden, who did they match it against,& that was one ruddy fast PCR, can I have your machine?” – upulie

“Did they bring PCR machine on the site to confirm Bin Laden’s death?” – seanjeon

The US military used DNA to identify Osama Bin Laden very quickly after he was killed. How? Although we don’t have intimate knowledge of Osama’s DNA identification, here’s one way that OpenPCR thermal cycler could potentially be used in a similar situation, and how with a PCR machine and a few other tools you could try this at home.

Bio: MAKE guest citizen science author Tito Jankowski works on making biotech easier to do, including developing open source tools for gel electrophoresis and PCR. Got other citizen science or garage biotech projects you want to hear more about? Comment on this article below or email him at tito at openpcr.org 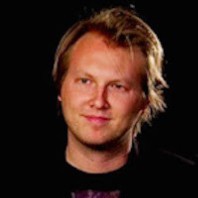