With this post, we welcome R. Mark Adams as a makezine.com contributor. I met Mark when he gave an awesome presentation at Dorkbot DC on creating music from DNA data (he’s a computational biologist by day). He’s also actively involved in HacDC. When I think of a sort of Platonic ideal of a maker, I think of folks like Mark. He’s smart, generous, enthusiastic, resourceful, there’s an artist mixed in there with the scientist/engineer, and he’s just an all-around great guy. That Platonic ideal extends to his family, too, with a fellow geek wife (who’s campaigning to get hackerspaces into libraries) and two awesome daughters who are always in the thick of it. At Dorkbot meetings, when we go around and introduce ourselves and talk about what we make, they’re never shy about chiming right in (and complaining about their homework). Please help me in welcoming Mark. -Gareth

At Washington, DC’s hackerspace, HacDC, a team led by the enigmatic “Doctor” seeks to develop a simple system for quickly deploying an ad-hoc internet in the event of internet outages. With all of the recent disasters (both natural and human) which have severed access to the net when it is most needed, groups all over the world have been developing solutions which allow alternate internets to be brought up quickly and effectively. HacDC’s “Project Byzantium” team (named after the fault tolerance based on the Byzantine Generals problem) is working hard on implementing a mesh network which requires minimal effort to configure and which any wireless-enabled device can make use of, whether or not it is running mesh networking software. The goal is something that a smart high school freshman could get going with hardware from the local mall. Participation is welcome – a good place to get started is the project wiki. The Doctor himself will be demonstrating the system at ContactCon in October.

Here’s hoping that the next step is for hackerspaces everywhere to start experimenting with this and other related technologies, prove that it works, and share it with local communities and beyond – a robust internet is your friend!

A quick update (10/12)– for those who are interested in the project documentation, code or participating in the development process, the Project Byzantium repository can be found here. 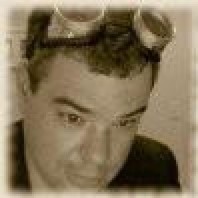