Want to build the ultimate human-machine interface? Get rid of the buttons, joysticks and triggers, and let your nerves do the work. That’s exactly what electromyography (EMG) interfaces do. As Robert Armiger and Carol Reiley describe in MAKE 29, the “DIY Superhuman” issue, when muscles move they generate small electrical signals that can be traced with electromyography. After someone has lost a limb, those electrical signatures of specific muscle movements can still be detected.

To help farmers in the developing world who have lost their arms, I’ve sought to collaborate with colleagues at MIT to develop a simple EMG interface for controlling actuators at the end of Agricultural Prosthetics. Basically, I just needed a switch — a problem that’s too easy for the experts, too hard for the novice. The project got stuck in DIY stagnation until MAKE’s “Air Guitar Hero” article broke the process down into 5 mini-projects that explain how you can control a video game from electrodes attached to your forearm. This article was a breakthrough for us, and we are using it as a reference for our Agricultural Prosthetics that use power.

Using the same architecture that allows someone to play The Rolling Stones’ “Paint It Black” could also drive a power tool, a remote control for your television, or a toy car. In our case, the MEDIK project’s Agricultural Prosthetics, it could control a Dremel or a gardening tool.

The Air Guitar Hero project reminds me of the fabulous work of Human+, a group of designers who correctly point out that Superhuman augmentation can be about accessibility, but it can also be about fun.

We have the technology (to quote The Six Million Dollar Man), but commercial tools for exploring, assisting, and augmenting our bodies really can approach a price tag of $6 million. Medical and assistive tech manufacturers must pay not just for R&D, but for expensive clinical trials, regulatory compliance, and liability — and doesn’t help with low pricing that these devices are typically paid for through insurance, rather than purchased directly. But many gadgets that restore people’s abilities or enable new “superpowers” are surprisingly easy to make, and for tiny fractions of the costs of off-the-shelf equivalents. MAKE Volume 29, the “DIY Superhuman” issue, explains how. 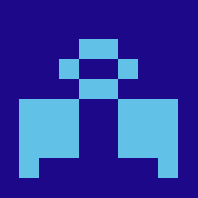 I design medical devices for the developing world at MIT. Our lab creates DIY kits called MEDIKits for docs nurses in the field to come up with their own solutions.