VIDEO: Paper is a Versatile Medium

Irving Harper is an industrial designer known for creating some of Herman Miller’s most iconic pieces, like the Marshmallow sofa and the company’s own logo. As a busy designer, Irving turned to paper crafting as a way to relieve stress. In the latest video from Herman Miller’s “Why Design” series, Irving shows some of the paper sculptures he’s made over the years, which reside in his New York home. 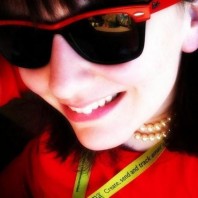