If you’re the new owner of a 3D printer, a new world of learning and discovery has just been opened up to you. There are many lessons and new skills you will learn in the coming weeks and months. What follows are a few of the things that I have learned in the past three years of working with such printers.

The following are some key terms you need to know.

Raft – A technique used to prevent warping. Instead of directly on the build surface, parts are built on top of a “raft” of material that you remove and dispose of post-print. The raft is larger than the part and so has more adhesion.

G-Code – The common name for the most widely used computer numerical control (CNC) programming language, which has many implementations. Used mainly in automation, it is part of computer-aided engineering. G-Code is sometimes called G programming language. In fundamental terms, G-Code is a language in which people tell computerized machine tools what to make and how to make it. The “what” and “how” are mostly defined by instructions on where to move, how fast to move, and through what path to move.

STL files – Standard Tessellation Language or Stereo Lithography, STL is a file format native to the CAD software created by 3D Systems.  This file format is supported by many other software packages and is widely used for rapid prototyping and computer-aided manufacturing. STL files describe only the surface geometry of a three dimensional object without any representation of color, texture, or other common CAD model attributes. The STL format specifies both ASCII and binary representations. Binary files are more common, since they are more compact. An STL file describes a raw unstructured triangulated surface by the unit normal and vertices (ordered by the right-hand rule) of the triangles using a three-dimensional Cartesian coordinate system.

If you’re looking for objects to print, check out Thingiverse.com. There, you can search through all of the objects people have uploaded and then download the STL files to your printer.

Good luck and, above all, have fun with your new printer!

Also: Be sure to check out of 3D Printing FAQ on the support pages for our Ultimate Guide to 3D Printing.

24 thoughts on “Helpful Tips for the New 3D Printer Owner” 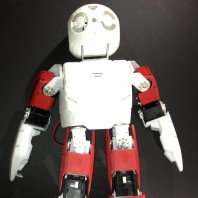