Creating an Accurate Anatomical Model of an Octopus in 3D

3D Thursday is a feature about CNC Machining, 3D Printing, 3D Scanning, and 3D design that appears in MAKE every Thursday.

KIJK, a popular scientific magazine in the Netherlands,  asked me to do some cutaways of objects and animals. They allowed me to pick an animal of my choice; one option was an octopus. Since I am not in the habit of copying artwork and I couldn’t find any appropriate photographic material on the internet, I drove to Urk, a small fishery town nearby.

I started at the fish auction, where I asked if they had any complete octopuses. As it turned out, octopuses are by-catch and brought to the auction approximately once every two weeks. And they are always gutted, so I had to specifically order a complete octopus. I gave my name and number to the auction master and once back home I began to look for fishing companies that advertised octopuses on their website. One of them was able to help me. Finally, a month and a half after I made my order, two arrived in Urk from Italy.

The octopuses were packed in a Styrofoam box with an icepack on top of them. They didn’t smell all too pleasant, but as far as I could see they were fresh enough and complete. Having two dead octopuses in a box is a bit of a puzzle, since you can’t see where one ends and the other begins. I took the largest body out of the box and brought it over to my sink for cleaning.

The octopus on a cutting board, with the Styrofoam lid as a container.

Dissecting an octopus in my kitchen seems a bit gruesome, but octopuses are considered food and my kitchen has very good lighting, so I was able to see everything clearly.

I photographed every detail from the start. I began with the exterior, so I could draw a believable octopus. What I noticed was that the arms are very long and very thin toward their ends. The syphon is a kind of floppy funnel in the middle of the octopus and hangs on ligaments. Even though the octopus was dead, the skin of its back displayed a beautiful pattern of different colored dots.

I opened it up and systematically identified all organs and structures. If you look up “octopus anatomy” you will mainly find very schematic illustrations of the internal organs. Unfortunately, they don’t do the anatomy of an octopus justice, because what I saw was a piece of art: a clean, tightly-packed bundle of clearly distinguishable parts with a great sense of symmetry.

It was almost a pity to take the octopus apart, but I did, of course, and photographed everything from different angles as reference for the 3d model I was planning to make. I knew that I couldn’t model every little detail of the octopus, but I tried to be as complete as possible. In the back of my mind I dreamed of a library of very detailed anatomical models. I still do.

A first peek at the internal organs

I noticed that the only parts of an octopus that have some rigidity are the brains, the beak, the buccal mass (part of the digestive system) and a large gland in the body that functions as a liver. I opened the gland to see what’s inside, but a rather homogeneous mass came out. The parts of the beak felt like scales and the skull felt like thick cartilage.

Pushing the beak out of place

The separate parts of the beak

Octopuses have four distinct salivary glands. Here are two of them.

The large octopus I started with turned out to be a male. I didn’t do the smaller one since the dissection took several hours, and the smell of a dead octopus is only bearable for a limited amount of time.

I made the octopus with ZBrush. ZBrush is a digital clay program that is typically used for organic models. I work with it a lot, and it’s one of my favorite applications. Before I did the dissection I had already made a model of an octopus with ZBrush, but it turned out to not fit my purpose. So I began the digital modeling anew; you can follow the steps below.

The model would be printed A3 size in portrait orientation, so I had some space to work with.  I wanted the artwork to be up-close and personal, as I always try to add a bit of awe to my work.  I imagined the spread as a window pane with the octopus stuck on the other side, so the viewer could see its beak and suckers. The octopus, of course, would try to get around the glass, so the arms come right at you, dripping with water. Because I wasn’t able to animate an animal at the time, the model had to be correctly posed right from the start.

The steps in ZBrush for creating the outer anatomy of the octopus.

The first phase of the octopus: getting it stuck to the glass. Click the center icon to activate the Sketchfab model and drag to rotate it.

ZBrush has several methods to start with. I used Zspheres, extendable spheres that can easily be turned into a rough model. I placed the spheres as closely as possible to my imagined model, skinned it, and started shaping the model. Shaping in ZBrush is basically sculpting, similar to real-life clay sculpting. The suckers on the arms were most difficult, and since I started with an already posed model, I did each arm individually, instead of generating them in symmetry. It took me days to complete, but now, a year later, I have a work-around. With the rise of detail I started going back and forth between ZBrush and Sculptris. At a certain point the model became too large to work with in Sculptris anymore.

Working on the octopus in Sculptris.

After I was satisfied with the overall model, I textured it. I mainly used the photographs I took from the dissected octopus, but I made the model a lot darker than the original animal. You can paint models and apply custom textures in Zbrush, which is great.

If I would do this model over again I would do it differently, particularly when it comes to the intestines. I started work on them after I completed the outer anatomy, and that caused some problems. Although an octopus is very flexible, some parts are less flexible than others. The length of the esophagus, for example, doesn’t change much. So when I started incorporating the intestines into the outer anatomy model, which was already highly detailed and painted, some parts didn’t fit. Since the intestines were so beautiful, I had to change the outer anatomy, particularly the position where the beak protrudes. If you look closely at the finished illustration you can see this adjustment.

The internal organs of an octopus

The same internal organs, in 3D

The final model: the internal organs within the octopus itself

I rendered the model several times to get images of each part of the octopuses anatomy, making adjustments as needed, and then went on to Photoshop. There I combined everything, using different layer styles to distinguish between one organ and another. I have a specific layer make-up in my library that I use for water droplets, so I used that for the arms to give it a wet effect.

Final render of the octopus, water droplets and all.

Next: The Nile Crocodile

I am working on a similar but even more exiting project right now: a Nile crocodile. John Hutchinson, Professor of Biomechanics at the Royal Vetrinairy College of the University of London, offered me the animals, the space to work on them, and a specialized team to help me get the most out of it. You can see more on my website: The Ultimate Croc Anatomy or read my next blog here!

If you’re involved in a particularly revolutionary or awesome project and would like to write about it for 3D Thursday, or you have a related product that you’d like us to review or write about, please contact Eric Weinhoffer at eric@makermedia.com. Thanks for reading! 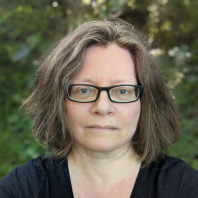