Being a Printer Master: Managing Mass Printing in a Makerspace

Jeff Landrum is a Mechanical Engineering student at Georgia Tech and 3D Printing Master at the Invention Studio.

A few weeks ago MAKE posted a piece featuring the Invention Studio, a state-of-the-art, student-volunteer-run makerspace at Georgia Tech. Some of these student volunteers take up the position of “Master” on certain machines and do a great deal of the behind the scenes work to keep the studio running smoothly by keeping their machines stocked, online, and – if possible – constantly improving throughout the year. As 3D Printing Master, I’ve had the pleasure of doing so for our consumer-level printers this semester.

Running a set of printers like this has a lot of cool upsides, like using the unique strengths of what many consider the top of the line consumer-level machines on the market across a dizzying array of projects. Of course, keeping what’s grown to a small bot farm active comes with its own challenges, as the needs and desires of our large-scale operation are different than most. At the moment, the models we operate are one MakerBot Thing-O-Matic, two Ultimakers, two Lulzbot AO-101s, and three MakerBot Replicator 2s.  For more limited use are three professional printers: a Stratasys uPrint, a Dimension 1200es, and an Objet 250es.

There’s a wide set of metrics people have used to compare printers against each other like speed, accuracy, print quality, and even aesthetics. However, in the case of printer farms, there are a few that stand above all others; as a makerspace open to a campus full of first-time users, we have a very different set of requirements.

Since the 3D printers at the Invention Studio are accessible to all Georgia Tech students, faculty, and research staff, user training presents a considerable challenge.  After all, each of our machines has a different recommended, or even locked-in, set of slicing and control software.  To ensure that the best training occurs, we’ve moved all of our open-source machines over to a single interface, to ensure that users of the Invention Studio become proficient in 3D Printing in the minimum amount of time. This allows us to put more time toward developing additional capabilities for the printers, instead of spending time training people how to use each machine.

The recent advent of automated queueing systems for 3D Printers like Botqueue, MakeMe, and Repetier-Server is one such avenue we’ve put considerable time into. Within a week of this writing, the first Central 3D Printing Service at any university will have been brought online at the Invention Studio using such software.  This new system will make using printers easier for students, and maintaining the 3D Printing resources easier for our volunteers (like me!). Initially, it will consist of an online print handling system where G-code processed on one of the computers in the Studio is sent to a set of dedicated printers. As time passes we hope to open the system up to access from anywhere on the Georgia Tech network, and to include additional functionality like in-browser object placement and slicing.  Unfortunately, due to the software involved the system isn’t usable on all machines.

Equally important to the flexibility to move to a unified user interface is reliability: a machine that has a better ratio of uptime to downtime is incredibly valuable in a high-throughput setting. Although these machines are plenty capable in the hands of a single, skilled operator, none have been considered before in terms of a large-scale operation.  So for this comparison, reliability and flexibility are far more heavily weighted than print quality.

The Thing-O-Matic is our oldest machine, with a decidedly mid-range set of specifications compared to current-day printers.  It’s a decent machine, when it is functional.  Since day one the Thing-O-Matic has had an array of minor electrical and mechanical gremlins, ensuring it had an uptime of around 50 percent. However, the biggest downside was MakerBot’s decision to use .S3G as the native input for their machines along with some tweaking of their gcode for their machine specifically.  While it was a good technical move, this makes it a nightmare to get alternate software – which is almost exclusively developed for the far more numerous RepRap machines – to run our Thing-O-Matic.  For that reason it has been relegated to only printing a handful of jobs these days, languishing in the shadow of our newer machines.

The Ultimaker is our second-oldest machine and by all accounts excellent at fine detail and speed, but took a hit in reliability.  Due to a few design choices, it’s not exactly the paragon of reliability.  First, the Bowden extruder it originally shipped with was extremely prone to experiencing a loss of extrusion due to the fact it could not deal with variances in filament diameter very well.  That has been rectified recently with the addition of a spring-loaded filament contact, but for half its lifetime countless large prints were ruined by the lack of this simple addition.  Second, its build platform mounting system was designed upside down.  Yes, you read that correctly, upside down.  Instead of the machine screws supporting the weight of the bed, all that weight falls upon four small springs.  Additionally, variations in the wood and plastic tend to result in the bolts biting into the acrylic build platform which adds more challenges to getting the platform properly adjusted.  These combined mean you have to literally stare at the printer for the first layer of a print to ensure the platform is properly leveled, making it a poor candidate for large-scale installation.

The AO-101 from Lulzbot is our second newest machine and was a bit of a dark horse that came out of nowhere and amazed us.  The pair of machines we received in February processed ten pounds of ABS filament each in their first month, with only human error resulting in failed prints.  There are some downsides with the design: the mostly aluminum hot ends have a tendency to bind horribly, sometimes badly enough to destroy both nozzle and threaded tube.  As another note, as a mechanical engineer I can definitely say that several aspects of the AO-101’s MendelMax-derived design leaves a great deal to be desired.  However, their sheer ruggedness makes up for their most of their deficits.  They have also been profoundly flexible in terms of software, making seven of them the basis of the Central 3D Printing Service.

MakerBot, for all of its fanfare with its new machines, dropped the ball.  The filament drive incorporated in every Stepstruder since the MK7 in September of 2011 has remained the same in both design and consistency, or lack thereof (until the Replicator 2x).  The oddest thing about this is these issues are well-known and well-documented, raising questions as to why there have been no changes made to correct its faults; even Ultimaker was faster in addressing the exact same problem.  Such discrepancies are permissible in open source machines, where the end user is often expected to tinker with the machine and improve it over time; allowing this to remain in a closed source device that claims to work out of the box is a different matter entirely.  Unrelated to the mechanistic quirks of the Replicator 2 is the underlying software choice to stick with .S3G. It’s still killing MakerBot interoperability with alternate software.  For that reason, the Replicator 2’s operated by the Invention Studio are set up on individual digital design workstations, where the limitations imposed by its software are mitigated and what I consider the best aspect of these machines is leveraged: MakerWare.  The software is simple enough that no training at all is necessary for new users, making the Replicator 2s great first-time user machines.

We ended up upgrading the Replicator 2 extruder ourselves.

We’re working hard on the Central 3D Printing Service and are excited to have it running soon. Check our website for updates!

If you have any suggestions on how Jeff and the Invention Studio can improve their “bot farm” and general 3D Printing experience for students, please share with us by leaving a comment below.

26 thoughts on “Being a Printer Master: Managing Mass Printing in a Makerspace” 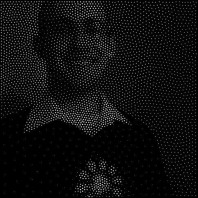 Jeff is a freshly-minted Mechanical Engineer from Georgia Tech, with interests ranging from technology & science, to culinary arts, botany, literature, and other topics.