Advances in low-cost 3D printing and CNC machining have made it easy for a growing number of hobbyists to design and manufacture complex parts in the privacy of their homes. Alas, the technology itself is not always enough: functional prototypes made out of PLA or machined out of HDPE often prove to have surprisingly little rigidity and strength.

In the previous installment of Prototypes That Last, we investigated several simple, powerful ways of predicting and improving the load limits of the parts you make. That’s quite useful, but we have conveniently overlooked the fact that the elastic deformation of mechanical components can sometimes become a problem long before they suffer any sort of structural failure. After all, a linkage that randomly buckles under load may be no better than a linkage that shattered into pieces.

Let’s pick up where we left off last week, and sort it out once and for all.

As you can imagine, all materials deflect under load; to figure out what factors play a role in this process, it helps to go back to the simple, idealized model that we have relied upon in the previous part of this article. Recall the humble cantilever beam:

Cantilever beam, deflecting under a point load applied to its end.

The experimentally-derived formula for deflection (d) that this beam will experience near it’s business end goes like this:

Let’s have a look at the equation to get a sense of how it all works. First of all, we have flexural modulus (E) – an inherent, material-specific constant describing the relationship between the experienced stress and the resulting deformation; this value can be easily looked up in product datasheets. Beyond that, the deflection appears to be linearly proportional to the applied force (F) and increases with the cube of part length (L). Nothing about this should be particularly unexpected.

The really interesting part is that the deflection decreases to the part’s area moment of inertia (Ix) – which, as discussed in last week’s article, is a particular measure of the distribution of material within the cross-section of the beam. In other words, with the remaining parameters remaining constant, the moment of inertia becomes a direct measure of part rigidity.

Of course, that statement alone doesn’t tell us much. So, let’s dig up the previously introduced formula for Ix in rectangular beams:

A-ha! This tells us that the rigidity of a rectangular beam will be linearly proportional to its width (w), and proportional to the cube of its thickness (h). Although this exact formula is valid only for rectangular cross-sections, the same general relationship often holds true for other simple shapes, too.

The math may seem mundane, but let’s try it out in practice by revisiting the thought experiment we worked on last week. Back then, we tried to triple the load-bearing capacity of a particular mechanical component. Here’s what each of the original solutions would do to Ix:

In the end, by making trivial but informed changes to part geometry, we managed to reduce its weight and dramatically improve its ability to withstand being bent. We would not have even come close to such results by merely switching from ABS to PEEK; in fact, aluminum would have a hard time keeping up, too.

And that’s how it usually goes in industrial design: simple tricks, and not space-age composites, are what makes plastic gadgets durable, rigid, lightweight, and small.

The last elephant in the room: impact strength

In principle, flexural properties of a given material, perhaps along with its tensile and compression strength, should paint a pretty comprehensive picture of how it will perform. But in practice, things don’t always work this way. If you are feeling adventurous, grab a food storage container made from the milky, translucent plastic known as polypropylene. Go in front of your house and try slamming it onto concrete: chances are, it will simply bounce back. Now try the same with anything made out of acrylic glass, just to see it break into pieces. This result doesn’t make any sense: the flexural strength of acrylic glass is more than twice that of polypropylene. Something clearly is amiss!

Well, as it turns out, when subjected to sudden, localized shocks, some polymers simply can’t dissipate the energy fast enough – an effect vaguely reminiscent of the classic experiment with water and starch, which flows if handled gently, but crumbles when hit. To quantify the vulnerability of plastics to this type of failure, engineers have devised a relatively crude method known as “notched Izod impact test”. The procedure measures the energy lost by a hammer-like pendulum as it collides with a notched sample of material placed in its path. The resulting value does not have the universal significance associated with flexural modulus or flexural strength – but it gives us a convenient way to compare the toughness of various substances we care about.

We will have a closer look at how various materials perform in this experiment, but for now, let’s focus on one tiny detail: the fact that the sample is notched prior to testing is no accident. A notch strategically placed in the region of the most intense tensile stress offers a natural place for faults to develop; without it, almost all materials fare dramatically better – and the whole test becomes a lot less meaningful.

This brings us to another simple design tip: to avoid material failures under normally survivable stress – be it sudden or sustained – industrial designers try to avoid sharp corners and notches in any locations that could be possibly subjected to significant loads. A common way to avoid trouble is to add fillets and bosses that more uniformly diffuse the stress through the structure of the part:

Since the cost of incorporating such features is negligible, it usually makes no sense to investigate their necessity – especially given that fully answering this question may require you to wheel out heavyweight finite element method tools, rather than the simplistic beam calculations we talked about thus far. The best approach is just to make a habit of putting stress-relieving features wherever you can.

So… does the material matter at all?

Oh, it certainly does! The design techniques discusses in this series often have a more pronounced impact than switching to a higher-end prototyping material ever could – but if you start with a stock that is poorly-suited for your needs, you will need to work around its limitations more frequently, and in more intrusive ways.

In this spirit, let’s wrap up the discussion by having a quick look at the properties of some of the popular prototyping plastics, and how they relate to the everyday polymers you may be familiar with:

Of course, the table is not authoritative: each of these polymers is available in a variety of grades, and the final properties will differ depending on the fillers, plasticizers, and other substances incorporated into its structure. Nevertheless, the provided numbers should give you a general sense of where the things stand.

Interestingly, the data reveals several challenges with the materials commonly used in DIY work. For example, PLA – one of the plastics of choice for FDM prototyping – is fairly brittle in its pure form. Some of the filament manufacturers are adding plasticizers or copolymers to improve its impact resistance, but doing so likely dramatically reduces flexural strength and rigidity of the produced parts.

When used for low-cost FDM applications, the modest nominal strength of PLA and ABS is further undermined by the very nature of the deposition process: layer adhesion issues, strand thickness variations, and deposition defects such as gas bubbles can have a significant negative impact on the performance of the resulting prototypes.

The materials commonly employed in hobby CNC don’t necessarily fare any better. Parts made out of HDPE, an entry-level machining feedstock, are extremely flimsy – and the pronounced flexibility of the material makes it challenging to use them in fine mechanical work. Acrylic glass, the other common choice, is an exceptional plastic on almost all counts, but suffers from very low impact strength. In fact, the material is so brittle that stress cracking is a significant issue even during the machining process itself.

In general, the choice of common, low-cost materials used in hobby 3D printing and in CNC machining is not impressive, and many of the potential better-performing alternatives are hard to find or difficult to work with. That’s one of the reasons why I’m an avid fan of CAD-driven resin casting, a process that allows you to closely and cheaply approximate the choice of top-notch engineering plastics that are in use today.

So, how do casting resins compare, anyway?

The short answer: it really depends. The following table provides a quick overview of some of the popular polyurethane casting resins, alongside two quasi-representative examples of products based on polyester and epoxy chemistries:

In essence, a good majority of the resins targeted at DIY users are exceptionally brittle or feature thoroughly unimpressive flexural strengths. There is no malice in that: such resins are usually a bit easier to work with – and in artistic applications, mechanical properties do not matter much.

That said, some of the “pro” polyurethanes available on the market easily outperform Nylon and other engineering plastics – even inching toward select properties of “super-polymers” such as PEEK. On top of this, the performance of castable resins can be dramatically adjusted with very little effort: for example, adding milled glass fibers increases flexural strength and easily doubles flexural modulus, although this happens at the expense of impact strength.

Part design is seldom intuitive, and even the most straightforward projects require a fair amount of knowledge and hands-on experience to get them right. That’s one of the reasons why home manufacturing of durable everyday items that compete with commercial products is not as easy or cost-effective as it may seem.

That said, although advanced mechanical engineering and materials science topics can be thoroughly intimidating for casual visitors, there is a lot of simple and intuitive ideas that can be successfully employed without having to buy an RPN calculator and a slide rule. Of course, to master them, it helps to learn from the manufacturing industry – rather than dismiss them as a thing of the past. 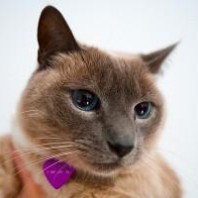 Security engineer by day, a maker of tiny plastic gears by night.