Microsoft has just made its mark on 3D printing with its announcement of built-in support for 3D printing in Windows 8.1. Now I don’t usually do blog posts like this where I pretend to keep up with news, but I see nothing but hollow rehashes (actual headline: “Microsoft Moves to Simplify 3-D Printing”) and vaguely 3D printing related filler (LOL GUNZ) on the tech pop media about this story.

Heck, even Microsoft’s own blog post from a general manager is 100 percent devoid of information on what they’ve introduced. That’s a real shame, because the new Windows components advance the 3D printing field by quite a bit while fixing many of the glaring technical issues.

Before I jump into what the Microsoft announcement is about and why I think it’s great, I want to address a couple of knee-jerk opinions about the story I saw stated as fact.

As I mentioned, their new components don’t replace anything already on the market; they’re building around, not in, the existing structures. I think their “move” here is a land grab as the first platform to have meaningful standards and support for 3D printing. If played right, that will then make them the 3D printing platform (not that that’s a good thing).

I should also note that I am neither a Microsoft apologist (I prepare presentations in Keynote for crying out loud) nor a 3D printing fanboy (I instinctively assault anyone who uses the term “desktop manufacturing revolution” unironically). It’s just that people on the Internet were wrong and I had to correct them.

Also, my experience with 3D printing comes from my time helping to run the Georgia Tech Invention Studio. As students, we maintain a fleet of 14 3D printers, including open-source printers like RepRap variants, MakerBot junk, and Afinia/Up bots, as well as professional printers from Objet and Stratasys. These get (ab)used almost 24/7 in incredible volume by students and faculty (the hobby printers are free to use) and we’re even developing custom hardware and software for them. So I have a uniquely cynical perspective of 3D printing through the lenses of efficiency and reliability over sexiness and open source ideals.

Now let’s get to some of the innovations that Microsoft introduced and the problems they solved.

Keep in mind that most of my information here is gleaned off of the 30 seconds of concrete information in the 16:21 video and some C++ SDK samples.

But here’s what I think are their biggest innovations in 3D printing:

Normally I’m not down for ending a post with Silicon Valley-esque last-paragraph upturn in optimism (what is this, a Quora answer?), but I really do believe that this is a huge step forward in 3D printing, injecting a direly needed infusion of professional engineering into a community dominated by part-time hobbyists struggling to develop complete products. I really want reliable, well-designed 3D printing software platforms to succeed so we can get on with developing actual advances in printing technology, and it’s great to see a big player like Microsoft making that move. 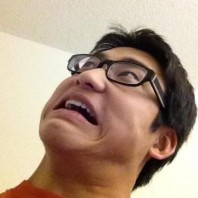