A group of space makers and hackers assembled this past weekend in Dallas for the Space Hacker Workshop at the Frontiers of Flight Museum. Doing space on the cheap was the general theme of the event with talks from leaders in the commercial and citizen space industries. Over the weekend about 50 of us learned about opportunities available to citizens, students, and private companies wishing to conduct experiments in space. At the end of each day we also participated in a quick Arduino workshop to learn the basics of programming the Arduino and using it to read a sensor.

The event started out with Edward Wright from Citizens in Space speaking about his organization. Edward mentioned how space has always been the realm of government with huge budgets. The advent of private space companies with suborbital and orbital capabilities is changing that quickly. Traditional costs of suborbital experimentation has been in the realm of millions of dollars, but with reusable vehicles, capable of flying multiple times per day, that cost will quickly be reduced to around four thousand dollars. Still not cheap, but certainly well within the reach of a private organization with minimal funding.

Edward went on to talk about the past when citizens performed science and shared information freely. At some point, probably around the same time Edison and Tesla were duking it out over electrical standards, the cost of equipment and supplies started to outstrip the budget of the gentlemen scientists. Laboratories were moved under corporate control and information quit flowing as freely as it once did.

Citizens in Space is jump-starting the return of citizen scientists by giving them access to space by providing free flights for 100 citizen-science experiments and 10 citizen payload operators. They have already selected five of the operators, but there is room for more and they will be selected over the next couple of years from the active space hacker community. The experiments and operators are scheduled to fly on the XCOR suborbital vehicle when it is complete, possibly as early as the last quarter of 2014.

If you’re interested in flying an experiment the requirements are pretty simple. First, in the maker spirit, it must be open source or similar with all results made public. The experiment must also be of scientific interest to the community and not a repeat of existing established experiments. The aim is to expand the world knowledge base. Additionally the experiment must fit in a 1U (10cm cube) or 2U CubeSat space, meet some moderate power requirements and not pose a danger to other experiments or launch vehicle.

More information about the call for experiments can be found on the Citizens in Space site. 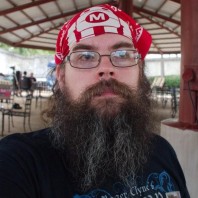