The sky is the Limit for Google’s new Project Loon

Project Loon’s tagline is “bring internet to all” which shows the stark reality that over five billion people still do not have an Internet connection.  Project Loon looks to solve the problem of expensive infrastructure and sees this as a way to pioneer methods to get communications up after a disaster.

Google is using high-altitude balloons to float communications gear to create a global mesh network connecting remote locations with high-speed internet.  It will have speeds comparable to a 3G network and will communicate using the unlicensed ISM Bands 2.4 and 5.8 GHz.  The balloons float at an altitude of 20 km or 12.4 miles above the earth in the stratosphere where it is high enough to avoid any adverse weather or airplane traffic.  Commercial airliners typically cruise at altitudes of 9–12 km or 30,000–39,000 ft. The stratosphere is essentially layers of steady, slow moving winds that travel between 5 and 20 MPH with very cold temperatures that hover around -50 degrees C.  The balloons will use these winds to navigate by raising and lowering their altitudes to be able to surf the different wind currents.

Weather balloons were first used in the late 1800’s by a French meteorologist and since then have been used for diverse sets of scientific research.  Their use really started growing after World War II in the 50s with the advent of polyethylene.  The US Air Force even started testing extreme high-altitude jumps in the late 50s and early 60’s, at first with dummies and then eventually with people at over 100k feet with the use of balloons.

In more recent times, numerous kits for DIY and space enthusiasts are now widely available.  Make had an issue a couple years ago (vol 24) outlining this new exciting area of space exploration.  High Altitude Science is one place where you can find kits and is also an example of how a passionate enthusiast who started with building kits and turned it into a business.

Lauren Rojas, a 13 year old, was inspired after seeing a Visa commercial of three guys launching a weather balloon.  She created “Hello Kitty in Space” for her school’s science project, outlining her journey of building a stratospheric balloon-powered craft and then documenting the rather spectacular flight of Hello Kitty from Earth to the stratosphere and back down again.  The footage was edited and matched to a catchy pop-song and put on YouTube.  Needless to say the video went viral and with more than a million views has attracted major media attention.

High altitude balloons are now being used for a variety of other applications, including Red Bull’s Space Jump that uses the technology to get close to space. World records were made for the highest manned jump at over 128,000 feet, which is what happens when big company budgets and PR get behind an idea.

Recently kids at Maker Camp witnessed a live balloon launch from Google.  We can’t help but wonder if Google’s Project Loon will ignite further interest in the DIY and Maker community to unlock new potential for high altitude balloons and what you can do with them.  This is an exciting time where space has never been more accessible and it seems that high altitude balloons is one way to get there. 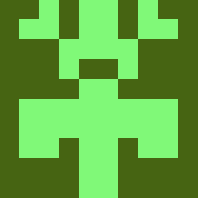