While clocks made out of dead hard drives area wonderful use for discarded hardware, here is a much more interesting hard drive clock brought to us by [Bob Alexander] and a 1970s era Honeywell computer.

In the 60s, 70s, and 80s, computers didn’t have small removable hard drives like we do today. Instead, the hard drive was an entirely separate unit that contained large platters – 14 inches across in the case of the Honeywell 200 he used in his youth. In a fit of nostalgia for his younger years, [Bob] bought two of these 14 inch platters on the Internet to turn into clocks.

One of these disks required drilling out a hole for a clock mechanism, while the other hubless disk was attached to an old PDP-11 circuit board and a second clock mechanism mounted. The numbers are laser cut out of black acrylic in the shape of the ‘computer numbers’ checkbook font.

It’s a big step up from clocks made out of 3.5″ hard drive platters and more than worthy to grace the study of an aging geek. 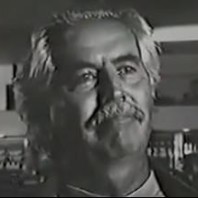