Tackle The Worlds Biggest Problems At The Festival of Urgent Reinventions

This Week In Maker Classes: Playing With Data, Lasers, and MicroBit 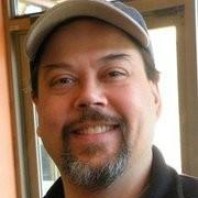 The second Columbus Mini Maker Faire gets underway this coming Sunday, from noon to 6pm at the Center of Science and Industry (COSI).

Come out for 3D printing, Arduino and Raspberry Pi-monitored Hydroponics, world class robotics, blacksmithing, metal casting, laser cutting and much, much more. We even have a giant Brownie Camera Obscura.

New this year is the mini maker interactive kids area, including hands-on workshops for Bristlebots, Plushies, and Stop-motion Animations (follow the links to sign up through Eventbrite).

More details on my makerblog.