How Would you Catch a Pumpkin Thief?

Hi Makers – it’s time to get those thinking caps on and help TRICK THE TRICKSTERS!  I’m looking for ideas on creative (but non-life-threatening!) ways to deter folks from stealing our pumpkins…AGAIN!

We just moved into a new town and my wife wanted to make the house look nice from the outside, too, so she carefully selected some special pumpkins (including one she thought worthy of the title “A Charlie Brown Pumpkin”) and set up the display you see in the top photo. That was Sunday evening.

By Monday morning our fair display was void of pumpkins!  (And despite science class teachings NOTHING has replaced the vacuum these missing pumpkins left behind except our sorrow and dismay, OK, and air.)  Apparently somebody decided they needed to trespass on our property, come right up all the way to our front door and then make off all sticky-fingered like with our pumpkins.  (Hmmm, do those two pumpkins across the street look similar to you?  I don’t remember seeing those yesterday either…)

I started looking into security cameras (so I could see who’s doing this), trail cams, motion-activated sprinklers (probably my favorite so far!), but those were all pretty pricey (compared to a pumpkin) so I need some better ideas to stop ’em in their tracks.

So here’s the challenge – I’m looking for ways to TRICK the TRICKSTERS next time (if they should be so bold!) Please post in the comments ways you would recommend making anyone trying to take off with our pumpkins, um, change their minds.  It should be simple and relatively inexpensive to do if possible.  Oh yeah, and safe.

And no, I don’t have electric outlets outside, so no making pumpkin pie out of our display or the thieves.  And remember it’s sitting on a hay bale, so fire is probably a no-no.  Probably…

If you need some starter ideas here’s some I’ve been considering already:

– Secure the pumpkins with about 4 feet of cord so the perps can actually try to run about 2 steps before the pumpkin wants to go the other way!  Ha-ha!

– Purchase a door stop contact switch and modify it to activate the siren when the contact opens (rather than closes). Stick it under the pumpkin and when it’s lifted up – siren away!  (Actually I’d prefer some voice text, to which my wife wanted to add some additional words!)

– As I said, the motion-activated water sprinkler has merit – but we’re makers, so to kick it up a notch let’s add a fluorescent or UV dye so we can find the perps using a special light later as they walk by!

OK, your turn. Let’s see what you come up with ’cause it’s only a week until this year’s Halloween and then another 52 weeks to perfect next year’s TRICKS!

See all of MAKE’s Halloween coverage and projects here.

100 thoughts on “How Would you Catch a Pumpkin Thief?” 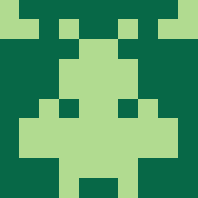 A Life Long Learner who's making the transition to more of a doer, which will gladly mean more learning! Constantly dreaming up inventions, occasionally writing them down, and hopefully, one day, making some of them a reality.