Behind The Kickstarter Scenes with E&M Labs

Hi MAKE readers! I’m Evan Murphy from E&M Labs. We make creative and engineering toys for makers of all ages, and you might have seen us around Maker Faire Bay Area or World Maker Faire in NYC. We’re the folks with the playing card structures and the miniature trebuchets:

Trebuchets are awesome to show off at Maker Faire because they bring together all the most important parts of being a maker. They’re simple enough to show anyone, but they’re actually a lot more complicated than they look. Even so, you can poke and fiddle with each part of it and start to get a sense of how one really works. And most importantly, they’re a whole lot of fun to actually use!

So in that spirit, we’re launching two more miniature siege engines on Kickstarter today so that even more people can get a chance to play with the mechanics and science behind launching bouncy balls across the room.

We’ve launched each of our last two product lines, the Trebuchette and Skallops, on Kickstarter, and it’s certainly the most popular way for makers to get their product out into the world. Most makers don’t realize, though, just how much work and preparation it takes to create and deliver on a Kickstarter project – before, during, and after the project!

MAKE invited me to post a “behind the scenes” for how our current Kickstarter project for our catapult and ballista is going: how we designed the siege engines, planned for our production costs and timing, and what launching on Kickstarter actually looked like for us. There are a lot of strategies for how to work through each of these topics, and I’m excited to share them here on MAKE. We’ll also answer any questions you have in the comments, and wrap them up unto another post.

I’ll be back in a day or two with a post on how we designed the ballista and catapult, but in the mean time, what would you like to know most? Post here in the comments, and I’ll try to cover everything with the help of my teammates here. 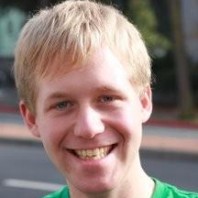