Christan Balch and Saskia Leggett created Guerrilla Maker Space as a way to provide creative opportunities in unexpected places. The full podcast with these two designers and maker enthusiasts can be found at Against Irreverence.

LISA HITON: Tell me what Guerrilla Maker Space is.

CHRISTAN BALCH: Guerrilla Maker Spaces are endeavored to see what happens if we bring pop-up maker spaces to unexpected places in hopes of engaging people in creative acts of making, designing, tinkering and see how that might inspire some creativity.

LH: You talk a lot about pop-up spaces. What do those look like the way you are conducting them now?

SASKIA LEGGETT: We’ve consolidated all of our supplies into a tiny little plastic box that we tote around. We have three MaKey MaKeys, our own laptops, a variety of things to build and color with—like construction paper and crayons and graphite pencils, which are conductive—and we just kind of grab some other metallic things that can be used with the MaKey MaKeys. And we stuff them all into this bin and show up!

LH: Can you talk a bit about MaKey MaKey and why that’s been the focus thus far?

CB: MaKey MaKeys come in a little box. And all that they come with is a circuit board and alligator clips and a USB port. Nothing else. You don’t need any kind of software; nothing. When you connect the alligator wire to the MaKey MaKey and then anything that conducts electricity, you can complete a circuit and therefore trick your computer into thinking, say, by pressing a banana—which is conductive—or a person, or clay, or whatever, that you’re pressing the spacebar or the right click. It lets people engage with making technology through both physical and digital platforms.

SL: It makes technology more accessible. It takes some of the mystery away from how a keyboard works or how a mouse works and allows you to see in a physical world “oh, if I press this banana, then that moves a space bar”, and that is, I think, a really necessary step in bridging the gap between this unknown technology, which is what lives inside your laptop, and the real world, or things you’re more used to playing with.

CB: I think in general, people find technology unapproachable, like a foreign language that you need to have training in to be able to manipulate or do whatever you want, but that’s not the case, and we’re trying to change the way people view that.

SL: That was actually something that we struggled with too—popping up in random places without any preconceived ideas. People saw wires and technology and got nervous. So when we’re inviting people to come play and make with us they were automatically scared of that endeavor unless they’ve had some sort of experience with technology beforehand.

LH: I wonder with GMS how fear plays into whatever the experience you end up creating becomes…

SL: That’s a really interesting question because I think in art people think about it as in “I have talent or I don’t have talent”, and in technology, it’s not a talent. It’s just knowledge. And that’s a whole different learning mode versus talent. I think that’s why we think GMS can be so successful: it’s not about being talented in technology or being fluent in technology. It’s just about not being afraid to tackle it.

CB: I think creativity in general has become that; you’re either creative or you’re not. But what does that even mean? Can anyone define creativity? I don’t think you can.

SL: We had a visitor to our GMS in South Station, which was the scariest of the Guerrilla Maker Spaces, and he was a lawyer and introduced himself as a lawyer and sat down next to us and would not touch any of our items, but was very inquisitive and talked to us about how—

CB: He lawyered us!

SL: He lawyered us! [laughs] And then we started probing and he said “well I’m not musically creative.” But he definitely was in his childhood, or had been at one point, but was so scared of accessing that again that he just refused to even touch our project.

CB: You could tell that he wanted to. He kept looking at it and asking us questions about how it worked, but when we probed him to be like “yeah if you literally just press the clay it will work…” he wouldn’t.

LH: What kinds of hopes do you have for the qualitative information you’ve collected as you go forward, or what else it might be applied to?

SL: I think we should spend some time thinking about where we fit in with the maker movement at large. And to learn from people who are already doing what we just discovered that we are really interested in. I think there’s a lot that’s attractive to educators who feel like they might be stuck in the state-testing-rut that we can maybe help shake them out of, and that’s definitely somewhere to go from here.

CB: I’d like some part of this to be a professional development piece where it’s even an open forum for people to say “I did this, and this is what’s going well.”Just a place for educators to come together with us on this.

LH: What do you believe people leave with after they have a GMS encounter?

SL: I had this idea that engaging in something creative could shake up the rest of your day and then maybe propel you to continue to be creative in endeavors that you do moving through the day. I don’t know if we ever got to discover if that happened, but I do think everybody leaving felt happy—

CB: There were no frowny faces walking away! I think different people receive something different, which is the very nature of what we’re doing. Hopefully it inspired them to try and learn more, or engage further instead of just consuming these technology products that are in our everyday lives.

SL: It definitely inspired some parents to buy MaKey MaKey for their kids!

CB: I know one girl had never heard of this and she claims not to be technologically inclined at all. Immediately afterwards, she called the school that she worked at in California and was like “you guys need to get these!” and talked about what we were doing. She’s going back home over winter break to help them get that started in their school.

LH: There’s a kind of nostalgia that happens with things like this—I’ve been lucky to attend a few GMS spaces. There’s an excitement that happens in the moment, and then, the thing is so ephemeral that I feel a little sad when it’s over. It gets quiet and then I realize it ended. Which reminds me a lot of my experiences in theater—you’re just so devastated after a show closes and that that group of people will never engage each other or that space in the same way again. I love that about GMS. Some of those things you’re not going to know right away when somebody leaves, but who knows what it will mean: days from now, a week from now, a month from now, the next time they see a student playing with a MaKey MaKey or Scratch.

SL: I think we do believe, though, that we’re having an impact. At least in the 10 survey responses that we were able to get [laughing].

LH: Is there anything else you want to say about this common work?

SL: Yeah. Me, too. I don’t know what moving forward means, but I’m excited to take it wherever it goes!

LH: I’m excited to see where it goes next and to just keep following the good work around town—around all of the towns.

Lisa Hiton runs the podcast, Against Irreverence, which brings artists, designers, teachers, educators, writers, and others who take voice and agency seriously into dialogue on one platform. She is a documentarian in many genres, and a teaching fellow at Harvard University. 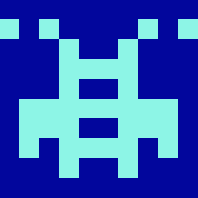