Three weeks ago I published my first Kickstarter project, Hello Ruby, a children’s book on programming. I’ve never been more nervous than during the first minutes the project went live. In 3.5 hours the project had surpassed the initial goal of $10,000 and I knew I had something special in my hands.

I’ve since received a lot of questions on how I planned the campaign, what marketing I did, and what I think are the cornerstones of a successful crowdfunding campaign. Here are 7 + 1 things I learned from Hello Ruby.

1. Pick a problem that won’t leave you alone.

Not all projects are ideal for a crowdfunding campaign. Running a successful campaign is partly luck, but mostly it’s just hard work and dedication.

I’ve worked on Ruby for 3.5 years. She follows me everywhere. When I go to an art show, when I read a book, when I listen to a tech talk. I knew I needed to do something with her. Offering something that is finite and concrete helps to convince your backers that the project will happen.

Offering something that taps into a bigger theme enables your backers to dream with you. Telling the story around these two is the trick.

2. Build a community around your project.

Kickstarter works best when you understand either the existing or potential community around your project. Kickstarter is the last step, not the first.

For me, the community for Hello Ruby was Rails Girls. I co-founded Rails Girls, the grassroots movement to encourage young women to get excited about coding, without the faintest idea about the role it would end up playing.

Three years, 160 cities, and innumerable discussions later I have a pretty good understanding of what type of people get excited about Hello Ruby. I spoke to everyone about her adventures, gave talks, and published drawings. I started a blog where I documented how I was learning drawing. I forced myself to practice daily by making a public Christmas calendar. I started an email list for people who wanted to be notified about the progress with the book.

Study different Kickstarter campaigns. I must have read through hundreds of Kickstarter projects and observed the way they are structured, the words and messages the campaigns used, and how they used visuals. The box where you write your story is just an empty field and it can be intimidating to fill.

Be very concise in the first few paragraphs, but don’t be afraid to include more materials as needed. The interested people will scroll down further once you have their attention. Format clearly and make bullet points of the important information.

Your persona matters in Kickstarter. People want to support makers whom they can relate to.

Calculating the budget for Hello Ruby was one of the hardest things for me to do. The budget will change and it’s hard to estimate where the backers will come from, but laying everything out in Excel will help you feel confident about your numbers. In addition to production costs, remember to calculate the pledge and shipping costs.

From a community perspective, but also from a financial perspective, it’s important to understand that even the top 1% of Kickstarter campaigns almost never have more than 10K backers. Average pledge size matters.

There’s a lot of science around the pledges: some say to make them memorable and unique, some say you should go for clarity. I tried both. I had a few experimental categories, but the main thing I wanted to offer was the book and a workbook.

Everyone says the video is important, and I totally agree! I made one version of the Hello Ruby video already last summer, but didn’t like it and ended up redoing the video with a few friends.

I don’t think a video needs professionals to shoot or edit. That being said, great sound and lightning make a huge difference in any video. I was fortunate to work with two great professionals who I, most importantly, had worked with before. They knew me well and understood the world I was trying to show.

Getting everything ironed out with Kickstarter takes a little back and forth, so if you’re on a deadline, calculate a week or two for this.

Remember the email list. After launching the project I sent out an email to everyone I knew personally and everyone who had signed up to learn more about Hello Ruby. This meant there were lots of people sharing the project at the same time and generating the needed initial buzz.

I didn’t do much press outreach — the success behind Hello Ruby was very much the community of people around it. There are tons of great blog posts on getting covered in blogs and hacking the press. I’d start with listing blogs that have covered similar projects in the past.

7. Dedicate time to take care of the campaign.

Running the campaign is a full-time job. I knew this, but had hardly planned for it. The rule of thumb I’ve seen in other projects is that half comes in the first few days, a quarter in the last few days, and a quarter in the middle three weeks. For me the buzz has been pretty constant, and especially the amount of messages I get was a total surprise. When planning your deadlines don’t calculate on getting anything done towards the project while running the Kickstarter.

The beauty of Kickstarter is that it’s not only a pre-order channel, it’s a creative process for both project creator and backers. Talk to your backers. Understand what they are looking to get. Take them on a journey.

8. The internet is full of Kickstarter wisdom.

The amazing thing is that the internet is full of great blog posts about successful project creators sharing their secrets. Also, the Kickstarter School is required reading for anyone thinking about crowdfunding. Here’s a selection of articles that helped me: 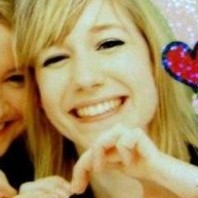