Raspberry Pi Robotics for People on the Autism Spectrum

Robots are not only fun and interesting to learn about in and of themselves, but they also add a layer of personality to technology that makes the technology more usable and effective. A robot is just a computer, but its form and personality can foster trust, feelings, and even love for it. Researchers have been using robotics for years to help test and improve communication and social skills.

We’ve seen great results with the use of all types of inexpensive robotics to help those on the autism spectrum. While there is still a lot of testing to be done, robots appear to encourage people with autism to focus and come out of their shell in a way that other computerized devices do not. Our experience indicates that robots elicit interaction and bonding among autistic people in unique ways.

ONE is a platform intended to bring robotics into the autism community quickly and at a low cost. ONE is designed to engage with different individuals and groups; its foremost goal in life is to get people to like it.

ONE runs on Raspberry Pi and is programmed with basic voice, light and movement functions, but it is open for any kind of lesson or therapy program. The key to ONE’s interactive value is a built-in personality designed to keep the user’s attention through the display of a range of emotional responses.

Because everyone with autism is different, we needed a flexible platform for testing. We evaluated a number of platforms including Arduino and Lego Mindstorms, but we decided on Raspberry Pi for a number of reasons:

We have noticed some variability with power usage and we’re anticipating some challenges with the battery supply, but to understand which components will go into the commercial robot, the Raspberry Pi has been ideal.

ONE is part of a new approach to healthcare. Rather than attempt to come up with the perfect device, we’re working to come up with a platform that the autistic community can build from and experiment with. You can learn more about ways to show your support and get involved via our website or via our Kickstarter campaign. 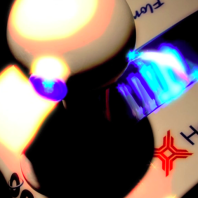 Jalali Hartman is an engineer and entrepreneur who loves robots. He’s been involved in technology startups for 18 years and has created technologies that have enabled more than $1B dollars. He is the founder and “Chief Human” of ROBAUTO, a healthcare focused robotics prototyping company based in Boulder, CO.