Who doesn’t love a good a good set of smoked ribs? Almost everyone has a grill in their backyard, but few have a good smoker. The trouble with barbecues is that really good ones are very expensive and the cheaper models need some modifications to help keep the heat consistent. So Rick Pries, a consultant from Germantown, Maryland, equipped one with heat sensors and wi-fi to control the temperature, and he’ll be bringing it to the Greenbelt Mini Maker Faire this weekend.

After graduating with from Penn State University with an electrical engineering degree, Pries found work in the IT industry. He began his career as a system administrator, with a short stint as a web developer, and finally ended up as a solutions architect. He now works as an independent consultant, but has never forgotten his electrical engineering roots, and is always tinkering and fixing broken things. He believes we are in a golden age for home inventors, thanks to proliferation of open source hardware and software and 3D printers. Anyone with an engineering mind can easily set up a home work lab and solve most problems, he says, evangelizing this sentiment at Club 125 where he teaches an introduction to Arduino class.

Based upon this barbecue controller, Pries worked to modify his so it would smoke meats more consistently. He used a DiamondBack — an Arduino-compatible microcontroller with a wi-fi connection — to link to temperature sensors and better chart the heat movement throughout the grill. Instead of buying a blower to circulate air, he adapted a used computer fan with a 3D printed a housing and adaptor. To tie it all together, he wrote a quick iPhone app that controls the grill.

At the fair, Pries will be sharing his experience and talking about the tools he uses in his home lab to modify the barbecue, as well as other projects he is working on. He will also be willing to help anyone who is interested in setting up a home lab, including guidance on the tools they need to become a maker and set up a home maker space for themselves. 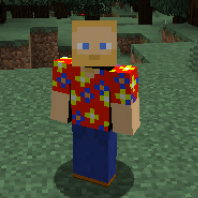 Greenstems founder George Boyce has a 35 year career in computer science focused on Internet technologies. George was the founder and director of AOL Internet Operations, and is currently teaching classes in website design and development. He is also the organizer of the Greenbelt Mini Maker Faire.