On September 27, 2014, JP Aerospace will send 2000 ping pong balls filled with experiments to the edge of space.

They are called PongSats. Students from all over the world send us their PongSats and we float them nearly 100,000 feet above the Earth on weather balloons. Then the balloon is released, and the PongSat payload parachutes back to earth. After the landing, the balls are returned to their creators along with data from the flight.

I’m always completely floored by what folks put in their PongSats. They’ve sent projects as simple as plant seeds and as complex as full upper atmospheric labs. My favorite is the marshmallow: You put a marshmallow inside the ping pong ball, and at 100,000 feet it puffs up to fill the ball completely. Then it freeze dries. When the student gets it back, she can see the results of traveling the top of the atmosphere.

Our next launch is planned the Black Rock desert in Nevada. We fly up to sixteen research missions a year, so we can reserve space on each one for PongSats, free for students. The airships that carry them are called High Racks, and one of our tandem vehicles recently broke the world altitude record for airships — by four miles. They are made of foam and carbon fiber, with four separate telemetry links to track the High Rack during flight. The racks land in the Sierra Nevadas, anywhere from 20 to 200 miles away from the launch site, so we have to collect them using four-wheel drive vehicles.

JP Aerospace is an all volunteer DIY space program. Over the past eight years we have flown over 14,000 PongSats to 100,000 feet aboard high altitude research balloons, and we recently launched a Kickstarter to fund the upcoming September mission. 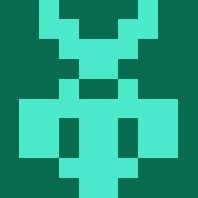