In a nutshell, the Solrmatic is a Raspberry Pi-powered rotation device for a solar cooker allowing the solar oven to get hotter or cooler based on the program you input. You can put an off-the-shelf solar cooker on top, or even build your own. We’re excited to show off Solrmatic at Maker Faire Bay Area 2014, so please stop by and say hello!

The problem with traditional solar cooking is that the sun’s solar radiation varies with the seasons and daily weather. You also have to rotate it manually, leaving a lot of guesswork. You are either stuck cooking recipes such as stew or beans, and you must be very attentive to your cooking and monitor temperature very carefully. Also, the sun only shines in the daytime, yet people eat dinner in the evening. If you arrive home in the evening to start cooking, solar cooking is out of the question.

The Solrmatic solves these problems because it features thermostats, time delay, timed cooking, and web monitoring, allowing you to cook almost everything you cook in a traditional oven. The Solrmatic has cooked leg of lamb, brisket, veggies, bread, cookies, and even bacon. We’ve also dehydrated apples.

The Solrmatic has four knobs, one switch, and two temperature probes.

Temperature Probes: There’s one for the food and one in the oven.
The set temperature and current temperature are displayed on the LCD. The current oven and food temperature are sent to the web via wi-fi for viewing so that you can make sure things are going well while you are away.

There are a lot of systems working together, all managed by a Raspberry Pi. This is how temperature, position, and other inputs are read to control the orientation of the solar oven. The outputs are the LCD and the stepper motor, which enables the Solrmatic to precisely rotate.

If you’d like to take a closer look at Solrmatic, please come see us at Maker Faire Bay Area 2014! And if you’d like to build your own, keep an eye out for an in-depth how-to soon. You can also follow our progress at the Solrmatic Blog. 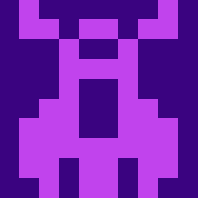 My day job is looking at the market for electric vehicles and related infrastructure. I'm a postdoc at the University of California Davis. I do maker projects in my free time.