I have never had what some call a “green thumb.” I’ve mostly had a “brown thumb.” That is, I always forget to water, or I don’t water the right amount. Or I forget to give the plant the right amount of sunlight. It never seems to work out. So I was excited when Mr. Goodin, my Makerspace teacher at Grand Center Arts Academy in St. Louis, Mo., gave me the assignment to make a self-maintained garden that would automatically take care of itself, thus eliminating any human error on my part. I knew this was going to be a very complicated project because it had to react to its surroundings. With that in mind, I started with some research. I knew I would be mainly working with Arduino, and after some searching, I found other projects similar to what I was thinking about, called “Garduino.” I thought this was an awfully clever name and adopted it myself.

I started to think about what functions I wanted my Garduino to perform. I knew it needed to respond to light and water intake. I wanted my Arduino to measure the light intake of the plant over the course of one day and turn on a grow light for the remaining hours of light that the plant would need. The water would be a little more complicated. The Garduino would have to measure the moisture levels in the soil and turn on a pump to water the plant if there was not enough moisture in the soil. There were two galvanized nails in the soil, and when there was more water in the soil, there would be a stronger circuit that the Arduino would read, because water is a conductor of electricity.

I hit many problems along the way, which helped with instilling “grit,” the trait of not giving up even when you hit obstacles, something my grade school principal, Tom Hoerr at New City School, was also very focused on. One of my biggest challenges was with troubleshooting the code, which is something I have come to find very tedious. To try to get through the code and understand it better, I made a video of myself explaining each part of the code. This helped to clarify what I really understood and what I needed to focus on understanding.

I also had many problems with the circuitry, which has many small wires that are all close, tight, and complicated to make work. I had to figure out which part of my circuit was malfunctioning. Nothing was working, everything was stopped. I had to take apart all my circuits and put them back together. I found that my light circuit was connected to my water pump and vice-versa. I overcame these problems and that is how I am grittier today than when I first started.

In the code, the light works by measuring the light intake over a short period of time. If there wasn’t enough light, the lamp would be turned on for a period of time equal to the 14:24 ratio, so that my plant would eventually get 14 hours of light a day. For the watering system, there is the galvanized nail circuit that measures the moisture in the soil. If the measurements get below a certain current, then the water pump is programmed to turn on. After 10 seconds, it will turn off, remeasure, and then turn on again if needed.

To make my Garduino more organized, I had clear aquarium tubing taped around my box leading to a sprinkler head I made by poking holes in a bottle cap. I made a special shelf for my electronics and the Arduino so that they wouldn’t get wet. (Special thanks to the Missouri Environmental Educator Association for funding my project.)

In Makerspace (the name is pretty self-explanatory) we are allowed to make anything we can think of, from a 3D-printed quadcopter to a magazine-page turner, if we fill out a design form, a sheet where we explain our idea and get feedback on it from peers. We have boxes everywhere filled with all kinds of things for making, like plastic containers, game pieces, old electronics, Arduinos, and much more. The possibilities are endless.

This year I’ve worked on smaller Arduino projects, like getting an LED screen to say what you want it to, or unlocking a lock when you knock a particular way. Then I made an Arduino-controlled “Aurora Borealis” costume skirt that I programmed to blink randomly. For my spring project, I chose to make a Bluetooth glove that you can connect to your phone so you can “talk to the hand.”  I hope to have as much fun and learn as much as I did with my Garduino. 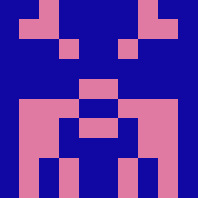 I am in 8th grade at Grand Center Arts Academy in St. Louis, MO. I am a Musical Theatre student and am interested in science and technology.