What Sticks About Play and Bricks

The youngest slowly toddler-waddled over to her sister, the equivalent of a quarter of her body weight precariously clutched by her tiny fingers. With a grin and a plunk, she dropped the muddy brick, narrowly missing their toes. “Oh! Thanks!” the oldest said, tactfully ignoring the near miss, and the fact that the brick came from a previously built section. “Maybe you can find a little bit smaller one, from that pile?” Their parents and I, observing from a distance, exchanged knowing nods. She’s got this.

The six-year-old resumed, setting bricks in increasingly precarious stacks. The toddler hefted over a half brick, shuffled her feet out wide, and triumphantly threw it down between them. “But … that doesn’t fit with the others. Perfect!” She placed the brick on top of a wobbly stack, and added a full brick overlapping an adjacent stack, stabilizing both. She turned to rebuild in this stronger, staggered pattern, a reinvention of ancient masonry techniques.

Their middle sister was engrossed in scraping bricks, with the help of her stuffed animal, creating a fine, red dust. “Is that glue for the blocks?” the oldest asked. “Actually, it’s fairy dust. And also glue. My dog is helping. He’s getting dirty!” She began making designs on the bricks with a small pointed rock. “It’s so pretty!“ they agreed.

A trio of brothers arrived, drawn in by the scene. The youngest, a new walker, stumbled over and enthusiastically toppled part of the wall. Seeing disappointment, his five-year-old brother stepped in. “We can help you build a door there, then you don’t have to step over walls to get inside!” All agreed and began playing together, engineering an entrance, and decorating with mud and brick dust. “Now we need to name our house!”

I’m struck by the lessons of this episode and what I observed — tests of strength, confrontation of and adaptation to danger, collaboration, engineering and design iteration, curiosity, empathy, imagination, social finesse, and the pure joy of building, telling stories, and playing together. It exemplified what we know making to be, all catalyzed by a simple pile of bricks in the muddy grass of a restaurant’s backyard.

This, and countless episodes of play occuring every day, serves as a beautiful illustration that children are natural-born makers. Imagination, curiosity, playfulness, and compassion are among their intrinsic traits. These are just a few of the superpowers of children.

The Maker Education Initiative has a vision: “Every Child a Maker.” It’s both a recognition of these childhood powers — that every child is born a maker in the purest, broadest, and most inclusive sense of the word — and an expression of the need to continually nurture and allow for these characteristics to flourish. All children deserve more opportunities to express themselves in a myriad of forms, to make in a million ways, and learn about the world and each other using their built-in tools of learning: play, imagination, and their constant drive to create, to make connections and things.

What can we do to recognize and learn from these superpowers? How might education take advantage of these incredible traits and the myriad of languages children use to express creativity?

Increasingly, the Maker Movement and Maker Faires are helping to inspire educational change. We hear it every year, at every Faire: “Why can’t schools be more like Maker Faire?” As Dale Dougherty has said, “At the heart of Maker Faire is this idea of play — we kind of get lost in it.”

As educators and caregivers strive to foster a modern resurgence of hands-on, project, problem, inquiry, and play-based learning, we have the Maker Movement and the incredible capabilities of children to guide us. If we listen. If we allow the space, time, and places for play, exploration, and making to occur. We have so much to learn from children, and so much to do to ensure that every child has more opportunities and possibilities in their lives. We need more piles of muddy bricks.

0 thoughts on “What Sticks About Play and Bricks” 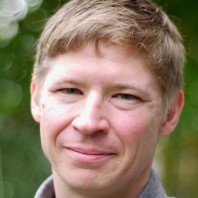