Making Groot from Guardians of the Galaxy

Being a big creature fan (people in special effects suits), when I saw Groot in the forthcoming Guardians of the Galaxy, I was intrigued. Then I heard that he was probably going to be all CGI, so I decided to try and make a practical effects version for a convention my wife and I are heading to in August called Dragoncon in Atlanta.

When I saw the first teaser trailer, I grabbed as many screen shots as I could and literally started to make up what I could not see. Due to the size of the creature and very little money, I am having to make him from latex, so everything has to be sculpted 10% bigger than it is needed to take into account latex shrinkage.

The head was sculpted in monster clay, and then a 2-part stone mold was made. Once the clay was all dug out, I closed the mold and poured latex inside, slushed it around until I had a good thickness, then left to dry for a couple of days. When the mold is opened, you have a latex copy of the original clay sculpture. After a few more days to make sure he was fully cured, I painted him with thinned FW INKS, many washes and layers were used to build up the colors I felt would look good in not only normal light, but also under artificial light with and without flash photography.

The hands are the easiest part. I took lifecasts of my own hands using alginate then fast cast resin to cast them. Then I sculpted the hands quite long, as it appears Groot has longer arms than a human. I hope the length of his fingers will offset the difference in my own dimensions.

Legs are the make or break item in my mind. I worked it out that Groot in the line-up photo looks approx 7’8. I did at first buy some dry wall stilts, but i was about as graceful as a drunk baby giraffe on them ( did someone shout timber as i fell? ). After quickly selling those, I decided I could build some stilts, so I took my old platform vampire costume boots, glued and bolted on some 4″ pipe from Home Depot, which i had cut down. I secured them to a MDF board cut into a shape i hoped would taper up my leg and partially hide my feet. then finally added some gym impact mat to the bottom.

I have to take some liberties with the shape and size of the limbs. I hope it does not detract from the overall look, but until they are cast I will not know, again I had to sculpt the piece 10% bigger and longer than needed for latex shrinking, currently the mold is finished and was made with my wife’s help. Again a 2-part plaster mold was made, using in excess of 400lbs of plaster it has been NO fun to move around. I am currently bleeding and aching from the start of digging out the clay, which I hope to have done mid next week, then I can brush in my layers of latex to cast a set of leg skins which i hope will fit well.

Assuming the legs are OK to go, I will then make the arms, and finally, the chest. They will again be sculpts with 2 part plaster molds, and I will Velcro the whole suit together when hopefully wearing it in a couple of months. 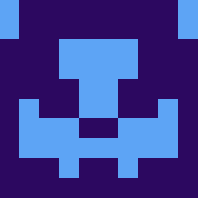 If someone tells me something can not be made, it just makes me more determined to prove them wrong.