The inaugural Reno Mini Maker Faire was held on Saturday, June 7th at the historic Lear Theater in Reno, Nevada. The event featured 40 makers and welcomed over 900 attendees. Reno Maker Faire fostered a family friendly atmosphere and attendee feedback was incredibly positive, with early reports of a great time had by all.

Reno is uniquely situated for a Maker Faire, due to the proximity to Burning Man, the art and self expression festival held annually at Black Rock Desert. There is a large community of “Burners” here and there are several creative spaces to support them including Bridgewire – the local hackerspace, and The Generator, a massive warehouse arts space where some of the most impressive (and large!) creations to grace the Black Rock playa at Burning Man are constructed.

The event was held back to back with TEDxReno, creating a weekend of inspiration and learning. By combining their efforts, the two events were able to share resources and reduce the overall cost of both events.

Nautilove about to go on a big adventure!

Top segment of Embrace 2014 with a laser cut wood model of the full sculpture.

The Lear Theater where TEDx was held

Pinoccio, a wireless microcontroller born and raised in Reno

Dreams to Reality Pottery does a live demo

The Library of Babylon – a Burning Man project under construction 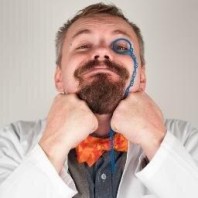