Who says there’s no fountain of youth? Plenty of Teslas and Smart Cars tool around New York City these days, strutting their state-of-the-art stuff (while carefully avoiding potholes). But there’s a car in Manhattan more than 40 years their senior that gets more love, from Canal St. to the Bowery to Broadway, than anything else on the road. It’s anything but fresh off the assembly line: part 1970 Volkswagen, part discarded forklift, made gloriously young again by a conversion to run entirely on electricity.

It can charge in just two hours using a standard outlet, with a little help from its prominent solar panel. So instead of refueling at specially equipped charging stations or Manhattan’s handful of inconveniently located gas stations, it can refuel at every garage in the city — or better yet, roll out an extension cord from a parking space into any available outlet. I first encountered it parked outside Joe, a coffee shop on West 4th St., plugged in alongside everyone’s laptops.

It seems like the perfect vehicle for city life, the car we might have if the car was born today. And yet it wears its original birth year on its sleeve, with a stereo that plays nothing but hits from 1970 like the Jackson 5’s “I Want You Back” and Derek and the Dominos’ “Layla.”

This is the brainchild of Doug Manowitz, a contractor with 35 years of experience building Manhattan townhouses from scratch. But it’s hardly the first vehicle he’s hacked together. As a child growing up on Long Island, he built go-karts and electric bikes using lawnmower motors he salvaged from scrapyards. By chaining extension cords, he could go as far as 300 feet before the cord would yank out and the kart would go dead — not exactly the proper way to disconnect a power source, but a great way to get your buddies to eat your dust.

Doug brought this inventiveness to bear in building homes, using hydraulics and hoists and always learning whatever he could about how to use energy to create motion and power. When he found himself with a salvageable DC motor from a forklift, he wondered how else it could be used. It didn’t take long for him to realize it could power a much lighter vehicle, and at much higher speeds.

He knew any such car would need a compact and forgiving base, so he got his hands on the Volkswagen chassis, known for enduring decades of punishment in Mexico City taxis. Most chassis are part of a heavy unibody, impossible to separate from the rest of the car frame. But VWs were designed so lots of different bodies, like the classic Karmann Ghia, could be mounted on the same chassis. They’re uniquely ready to be put to unconventional use.

Originally, Doug intended to build a simple dune buggy, but once the car had found its throwback soul, he couldn’t stop. He pulled the fender from a classic Harley, so long in circumference that he was able to cut it in half and cover both of his front wheels. To give the front some shape and open up leg room for the potentiometer pedals, he installed the grille from an ‘86 Jaguar. For stability and crash safety, he welded a roll cage from tubular steel. EBay, he says, was crucial for finding a compatible VW transmission and other parts not stocked in stores for at least a generation.

Keeping the body light, he knew, would be crucial to avoid the trap of needing more and more batteries to power more and more vehicle weight. The perfect solution came from Dan Ene, a friend who lived and breathed boats: boat canvas, lightweight but incredibly hardy. They custom cut canvas to fit the frame, adding zippered clear plastic for “gull wing” type doors.

To provide the 72 volts the motor demands, Doug decided to use AGM gel cell batteries, rather than typical flooded lead-acid, for their greater resistance to cold and jostling. Six 12v batteries in series power the motor, with one more battery that stands alone to power the lights, turning signals, and radio. The solar panel on top of the car’s rear recharges this auxiliary battery and frees the main batteries to take all of the juice when the car plugs in. As in most electric cars, the batteries — 700 pounds of them — make up a huge part of the car’s total weight. Doug estimates he’ll be able to recharge 600 times over four years of battery life; he extends their life by not depleting them below 50%. The high potential energy to weight ratio of his batteries can get him “up to 65 mph with a tail wind,” more than enough to hold his own against New York City taxis.

Though Doug has never taken the car out of Manhattan, its range around the city — 30 miles before needing a recharge — has been plenty to get him from end to end and to give plenty of rides to curious passersby. He took me for a spin around the West Village, and everyone from Italian suit wearers to construction workers were flashing thumbs up and asking questions. His favorite passenger? “A cop I gave a ride to. We ran into his buddies, so we just had to drag race up Park Ave.” (They didn’t go easy on him.)

He’s able to drive on busy public streets because he has been careful to make his car street legal. “As far as Albany is concerned,” he explains, “it’s just a Volkswagen.” Thanks to the chassis’s still valid serial number, it’s legally considered a vintage car, rather than an entirely new construction, which also saves a bundle on insurance. He’s even able to use vintage seatbelts, since the car is held to the design code from its year of origin. I’ll wager his registration is the only VW with the New York State DMV that reads “Cylinders: 0.”

So what’s next? He wants to know if a small increase in battery power, up to 1000 pounds, could power a motor with 3x the horsepower. Doug has been collaborating with an engineer professor he knows from Cornell, “Jimmy” Chun-Chieh Chang, who is donating some new lithium iron-phosphate batteries for the project. A new vehicle is just starting to come together in a garage in the West Village. It’ll need a more flexible frame than the rigid setup he welded, which doesn’t adjust well to uneven road. It’ll need a look to reflect its muscle. And he has just the Jeep body in mind. 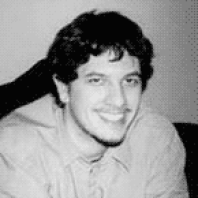