Hear ye, hear ye! The Boulder Mini Maker Faire is upon us, Jan 31 – Feb 1, 2015! And that means that makers are streaming in from far and wide, bringing their awesomeness to share with all. Actually, they’ll do more than share – oh yes, there will be doing. That’s because every one of the more than 75 makers will be bringing hands-on projects for you to play with. Here are three of our favorites:

1. Boxwood Pinball
What do you get when you strip pinball of the blinking lights and buzzers? It’s boxwood pinball, the craze that’s sweeping the nation – or at least the Denver/Boulder craft brewing scene, as described in this fun story from Colorado Public Radio. They’re the brainchild of sculptor William Manke and artist Travis Hetman.

“The first machines were crude. More like a box with flippers and elements of chance thrown inside,” says Hetman. After prototyping and experimentation, the current versions are absolutely gorgeous. They’re also a heck of a lot of fun! The idea remains the same: you use wooden flippers to shoot metal balls toward holes up the inclined board. But it’s a more nuanced and skillful experience than traditional pinball, requiring the strategy of a board game along with the manic fast-twitch muscles of electronic pinball.

If you want to try for yourself, stop by the Boxwood Pinball booth at the Boulder Mini Maker Faire!

2. Kitables
Arieann DeFazio was surfing Instructables.com when she realized, “Here are all these great ideas, but nobody’s got the parts!” When she looked deeper, Arieann says she found that most existing DIY kits were just electronics or just mechanics or just science kits. Arieann’s goal was to combine mediums to create a fully integrated home science experience.

God’s Algorithm already existed for the Cube — the optimal path of action from any given state to the solution state. So that challenge was to work the mechanics. Arieann did it with an arm that looks a little bit like the lift arm on the power company repair truck. The Cube sits in which would be the “basket” and then a hand holds upper rows of the Cube in place while the basket spins beneath it. Reorient the cube a couple hundred times and you’ve got a solution.

3. Modular Robotics
Kids know how to play with blocks. And that’s all the need to know to get started building with Modular Robotics’ Cubelets system. Cublets are self-contained inputs and outputs that you and yours can magnet together into robots as big or small as your imagination. The black ones are sensors, the clear ones do things, the grey ones provide power, and the colored ones think, or, you know, at least provide the backbone of logic.

The truly cool thing about Modular Robotics is that, from our experience, you can put a kid in a pile of Cublets and he or she will figure it out themselves. It does our hearts good to watch kids self-teach themselves the basics of robotics. And at the Boulder Mini Maker Faire you can watch your kids do the same!

For more information about these makers and about the Boulder Mini Maker Faire, check out www.MakerBoulder.com. 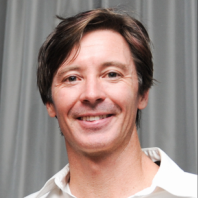