When we found out that our Touch Board had been cloned we all immediately said “what!” quickly followed by “whoa…” summed up with “let me see!” After a few years of selling our Electric Paint and with our Touch Board just over a year old, we weren’t surprised, but we were certainly excited, frustrated, and curious. Crowded around the screen we all wondered what the clone would look like in person, where it came from, and whether it was any good. I hope you’re curious too.

I’m here to take you through the specifics of what separates a counterfeit piece of hardware from our Touch Board. If you’re interested in what cloning means to us as a company, then you should check out my piece on LinkedIn where I make the case that hardware really isn’t the hard part and that the clone is copying the wrong thing. If you want to jump to the ending, check out our handy “How to spot a clone” PDF guide (shown below). If you want to hear the whole story, it continues below the guide!

A few months ago a super-user friend of ours, “Grumpy Mike,” spotted what he thought might be a clone on the Arduino.cc forum. He was right. He had been helping a user with their project, but the board wasn’t responding as it should. After a quick diagnosis and some photos from the user we realised that this was a cloned board. We were both flattered and frustrated. Flattered because someone thought that we were worth copying and frustrated because they had created a counterfeit product. The “Touch Board” that we found looked like our product, used our trademarked logo, and most importantly claimed to have been manufactured by us — presenting a serious problem. This manufacturer hadn’t just used our work without giving credit, they were trying to convince our community that this was our product.

The Touch Board is an Open Hardware project. Open Hardware presents all of us with an amazing opportunity to freely iterate and prototype, but it requires us to give credit where it is due. You should improve on our design and adapt it to your needs. We provide the files that you need to get PCBs made and all of our code is on our GitHub. We’ve done a lot of hard work and you should benefit from it. We built the Touch Board on top of the hard work by Jim Lindblom, Bill Greiman, Bill Porter, Micheal Flagar, Arduino, Atmel, Freescale, and the support of our Kickstarter backers. Without them, the Touch Board wouldn’t exist.

But as should be obvious, Open Hardware doesn’t alleviate the legal frameworks around Intellectual Property or official registrations. In this respect, the manufacturer of the clone is operating illegally on two points: the use of our USB Vendor Identification (USB VID) and the use of our protected trademarks. The USB VID lets your computer know what is plugged into it, ensuring product reliability, safety, and traceability. USB VIDs are an investment into creating a complete product that operates to a global standard. The clone is lying to you and to your computer.

The use of our USB VID is frustrating, but the use of our name and logo is infuriating. We’ve worked hard to build a community of users through consistent communication, continual product improvements, and honesty. When we got the clone in our hands we saw that the manufacturer had printed a modified version of our logo on the board. The use of our name is in direct violation of our trademarks. This is a serious problem for someone who buys one of these counterfeit boards. We want to help Makers and customers, but we can’t provide support for a product that we didn’t make.

So besides the USB VID and the trademark infringement, it’s basically just a cheap Touch Board right? Nope! Did you really think it would be? When we got a clone into our hands we honestly thought it looked pretty good at first. The solder mask was pretty crisp, the white was white, the black was black and there were no telltale signs of a re-work or manufacturing error. We could tell that the gold plating was dangerously thin, but the board was clearly made in a professional facility to a reasonable standard, minus some very important details. Missing out on these details meant that our clone didn’t work. No bootloader, a mis-configured MIDI link and suspect components meant that this board was never going to work (take a look at the guide for the nitty gritty).

Could a cloned board be cheaper and maintain the same functionality? Maybe, but it is unlikely. The Touch Board works because we designed it well and we don’t cut corners. With the power of an Arduino Leonardo, robust capacitive touch and proximity, an MP3 player, MIDI functionality, a microSD card holder, and a LiPo charger, the Touch Board is fully featured. That functionality doesn’t come cheap. Parts cost money, especially when the manufactures are being paid fair prices for their work. We want you to make great things and inspire each other. We don’t want you to cripple your projects with hardware you can’t rely on, made by people that don’t want to help.

So what do we do? In short, we’ve just done it. The nature of contemporary manufacturing and sales is that it is hard (and prohibitively expensive) to control counterfeiting. We’ve sent letters from our attorneys and made formal take down requests, but our most powerful tool is to explain why counterfeiting is corrosive to companies, customers, and products. Now that we’ve done that, it is time to move on. Instead of worrying about someone copying our past, we think we should worry about creating our future. 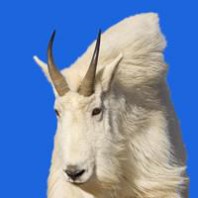 Matt Johnson is CEO and co-founder of Bare Conductive Ltd, a London-based company developing electrically conductive materials and hardware. Matt is a bit of a designer and a bit of an engineer and most comfortable being split between the two.