Self-Driving Cars Are So 2015: Get There in a Self-Flying ‘Copter

EHang’s 184 AAV stands apart from the other the quad-, hexa-, and octocopters that fill CES’s drone exhibits. It’s far bigger than most. It’s not being flown. And while it is a drone, you can’t call it an unmanned aerial vehicle — because it can carry a single human passenger.

The idea is to ease people’s commutes (evoking one of Blade Runner’s spinners is just a bonus). EHang says the composite-built, battery-powered 184 AAV — the name is short for one passenger and eight propellers on four arms — can fly for 23 minutes on a charge, with speeds averaging about 60 miles an hour.

But it won’t be cheap when (or if) it goes on sale sometime later this year, as this Guangzhou, China-based firm hopes.

It should weigh 441lbs empty, and its self-loading cargo and his or her baggage can’t add more than 220lbs to that total. As with other drones, you’d use an app to plot your course; no traditional controls are visible inside the demo model parked at EHang’s exhibit.

Chen said it would not be as loud as a helicopter. After the 184’s gull-wing doors close, noise-cancellation technology in the interior could further quiet the ride for the passenger.

Beyond whether this company can make this work both as a flying machine and as a business, there’s also the issue of how to regulate it. Chen said the company doesn’t know how it would be classified under Federal Aviation Administration requirements; an FAA rep at the agency’s stand on the show floor, maybe 100 feet away from EHang’s outpost, said they’re not sure either.

And do I want to be the first person to review this thing? I’m not sure of that either. 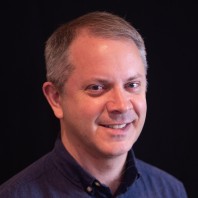 Rob Pegoraro tries to make sense of computers, consumer electronics, telecom services, the Internet, software and other things that beep or blink through reporting, reviewing and analysis–from 1999 to 2011 as the Washington Post’s tech columnist, now for a variety of online and print outlets.