Zero to Maker Faire: My Journey Through the Maker Movement

Editor’s note: This article is a translation of Bertier Luyt’s original article.

My name is Bertier Luyt and I am a Maker. I recognized this the day that I participated in my first Maker Faire in 2011 in New York, an event that changed my life.

I had discovered Make: magazine a few years earlier when I was working on making my first CNC machine. At the time, I was an artisan near Saint-Malo, France; today, I’m running Le FabShop, a startup specializing in 3D fabrication, and I’ve been organizing Maker Faires in France since 2013.

Céline, the mother of my children, and myself were decorators at the time; she is a woodworker and I designed sets and furniture. We started outfitting bars, restaurants, and stores, and when the recession started in 2009, we also starting constructing stage sets.

My journey toward becoming a Maker started in 2003 when, during a long period of unemployment and boredom, I learned how to model in 3D. This was a return for me toward something that I’d been wanting to do for 10 years.

Like many children of the 70s, I grew up with Objectif Lune on my bedside table, Temps X on TV, and Star Wars at the movies. We’d been promised flying cars, jetpacks, and space stations on the moon by the year 2000. In my household, we’d had the good fortune of having a computer very early on, in the mid-80s; at the time, you still had to type in lines of code just to start up a program.

I’m self-taught. After high school, I quit school to start working. I wanted to go to Industrial Light & Magic to work with Georges Lucas when he was directing Jurassic Park. I wanted to work in special effects making digital animations. In the early 90s, the heroes of the digital world used powerful workstations, the only machines capable of rendering color images.

For the rest of us, computers were less powerful with black-and-white monitors; the CD-ROM didn’t exist (and has already become obsolete now); and USB, the internet and wi-fi hadn’t been invented. At the time, the PC was isolated, not connected to a network, not social. The computers capable of running powerful image-rendering programs were reserved for the elite — big companies that had the means to buy the computers and software.

By the mid-90s, instead of working with digitally modified images, I worked in music as an event producer, then with friends who had created an independent label, and then, finally, under the artistic direction of a leading American label. I was fascinated by electronic music, its artists and instruments. For me, there are many parallels between music and Makers.

One of the precursors of the Maker Movement was the creation of miniaturized and cheaper digital machines that could take the place of tools once reserved only for big companies with deep pockets. In the 80s, for example, the miniaturization of electronic instruments allowed an entire generation of innovators to gain access to musical production tools.

The ascension of the home studio in the early 90s allowed the popularization of hip hop (NTM, IAM) in the Parisian suburbs, and French touch, house, and techno music (Daft Punk, Cassius, Air) in the western neighborhoods of Paris. Their predecessors (Herbie Hancock, Juan Atkins, Afrika Bambaataa, Telex, Kraftwerk) had all cobbled together their own instruments to make their sounds; they were the pioneers. As with Makers, there were more musicians who simply played an instrument or sang in a band than there were professionals or big-name performers.

The other big precursor of the Maker Movement was the arrival of the internet at the end of the 90s and the topic-specific discussion forums that sprung up to let people talk about whatever interested them. What was new and exciting about this was that anyone could participate: experts and specialists, but also the amateurs and beginners who asked questions and kept the conversation going. Thanks to the internet, knowledge was no longer just to share locally, but with the world; the entire planet could participate.

In France, in early 2000, Leroy Merlin created a discussion forum for best practices for do-it-yourself home improvement. Under the guidance of its moderators, this forum provided a soapbox for the company’s real experts: not its retail salespeople, but its customers, the ones who were buying and using its products.

By 2003, all computers came with color monitors, displaying both photos and videos and were connected to the internet; there, on the internet, you could also find 3D-modeling software that was either open source or just available for free. It was this sudden availability that allowed me to learn how to use the software and then to make a living from it, all thanks to discussion forums.

I started using SketchUp, and thanks to the online community SketchUcation, I found all the information you don’t get in the manual and the answers to my questions. Hundreds of contributors used the software (architects, designers, woodworkers, programmers) and documented new techniques, answered questions, created and shared add-ons, and discussed current features and the ones they wanted to be created. This kind of user-generated content was known as Web 2.0.

By 2016, everybody had heard this expression, but we’d forgotten who’d first coined it and its original meaning, using it now to vaguely describe everything that changed after the dot.com implosion in 2001. But it was Dale Dougherty who first used the expression Web 2.0 in a conversation in 2002 with his associate Tim O’Reilly. Web 2.0 designated the internet as a platform, that of online communities, presaging the arrival of the social networks we know today.

Web 2.0 and the miniaturization of fabrication tools are the two factors that mark the beginning of the Maker Movement, another phrase created by Dale, this time in 2004. Dale is an American author and observer of Silicon Valley who has been charting the evolution of the big technological trends since the 80s.

The Maker Movement was born in California under the influence of the open-source culture coming out of Silicon Valley and artist communities like Burning Man. Open source is no longer just about code, but now applies to material, intellectual, and cultural worlds.

In the year 2000, the first fab lab (fabrication laboratory) appeared at the Massachusetts Institute of Technology (MIT) in the Center for Bits and Atoms. The fab lab was open to the public and free for students, a choice dictated by the open-source documentation and the easy project-sharing of everything created there. Since then, the fab lab model has propagated throughout the world, often supported by universities and schools.

In 2006, a new kind of place known as a makerspace appeared, a place where you could access tools, software, and a community. Although inspired by hackerspaces, makerspaces were no longer places just for tinkering or modifying code but were rather somewhere you could fabricate and construct objects, prototypes, and projects. Today, all the big industrial companies and services have opened their own innovation labs.

In 2006, Dale Dougherty and Sherry Huss launched Maker Faire in San Francisco. The intent was to unite and to celebrate Makers, to help them connect with each other and to give them an audience: the public. Ten years later, there are now 150 Maker Faires in 47 countries, including 10 in France!

Maker Faire is an opportunity to get out of the garage, attic, workshop, or laboratory to show off your projects, whether you’re a tinkerer, a school, an association, an institution, a company, a startup, or a manufacturer. Maker Faire is your chance to meet people who are interested in your project, the enthusiasts and the merely curious, who can make your project better by handling it and talking to you about it. Maker Faire, with Make: magazine and its website, is a worldwide network of intelligence and enthusiasm, a sounding board for the talents that appear there.

At Maker Faire France, we are very proud that in 2015, two French Makers (Bionico and Inmoov) have made the cover of Make: magazine, and dozens have participated in Maker Faires in New York, San Francisco, Rome, and Berlin. In 2015, with the arrival of Kickstarter in France, we’ve seen almost a dozen projects first introduced at Maker Faire Paris get funded and transformed from crazy ideas into companies, into real-world value and jobs.

One example is Flaneurz and its project On Wheelz. This is a company that has benefitted from the Maker Movement and Maker Faire. Who would finance the creation of a company that makes custom roller skates in 2015? No one, except the crowd, the multitude described by Nicolas Colin and Henri Verdier.

The Flaneurz team participated in Maker Faire Paris 2015, a few weeks before the launch of their crowdfunding campaign. Over two days, they presented their idea and their prototypes to the Maker Faire public. This contact with the public, potential customers, and other Makers provided them with opinions, advice, and feedback on their idea. When they launched their campaign, they had already identified dozens of contacts interested in the development of their project; they already had a community. Their campaign was a big success and allowed them to launch On Wheelz with almost 100,000 euros in the bank.

As Antoine Berr of La Cool Co, who presented their 2014 project le Petit Cool, an open-source, web-enabled greenhouse, said, “At Maker Faire, in one weekend, you have 10,000 comments, opinions, and ideas from people who discover your project. That’s a lot more valuable than the opinion of a competition jury in a school,” or the opinion of a banker (who doesn’t see the value), or the advice of your family (who are worried by these projects they don’t understand at all).

We’re living in a wonderful era, an era where knowledge in every discipline is shared, abundantly and widely, where the tools are accessible and shared and the software practically free. You could, in a few days, learn the skills, create a community around a project, create a low-cost prototype, and show off your idea to the entire world.

We live in a golden age that humanity hasn’t seen since the Renaissance, where it’s possible to bring innovations to culture, education, the economy, and society overall. The values of sharing, community, and inclusion upheld by the Maker Movement permit all ages to pursue informal apprenticeships in techniques, science, art, and technology. Makers are actors, not the audience, the producers more than the consumers.

The communities that Makers form are accessible to everyone and welcoming to those usually marginalized: the handicapped, the unemployed, the foreigners. Sharing experiences, techniques, and know-how allows you to gain confidence in yourself, to take charge of your destiny and to take control.

Makers have touched me with their enthusiasm, their optimism, their confidence in the future, in technology, and their reception.

Come meet a whole array of Makers at Maker Faire Paris 2016 this weekend. 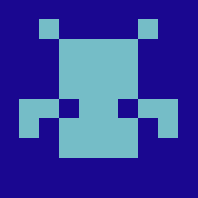