It all started when I saw the Arizona Autobots facebook page where they show their amazing Cosplay transformers. What really attracted me was how faithful they stayed to the original Transformers cartoon designs, complete with painted on reflections on Prime’s chest.

I just had to get these robots out to the desert and have them start punching each other.

The short really is all about celebrating practical effects. The entire opening sequence was shot with an RC plane and car, which were shot in the high desert in California, all the lasers were HAND PAINTED frame by frame, we did everything we could to pay homage to the original 80’s TV show.

We shot (and crashed) an actual 3ft RC plane chasing an RC car. They are photographed from a drone flying above them at 60mph.

I knew that we couldn’t have a real Transformers movie without the “Arc”, I wanted to maintain the same visual language that the people at Arizona Autobots created so instead of using traditional model making techniques and materials, we went ahead and built it out of EVA and foam.

Most importantly we were hoping to channel some of the writing, humor and banter between the characters from the original show.

The Arizona Autobots are a crazy group of men AND women (Starscream, Shockwave, Ratchet, and Prowl are all girls) who started building their own suits out of cardboard boxes and EVA 2 Years ago. When I saw at Phoenix Comicon that they had 30 people in their group I just knew I had to get in touch with them!

They were very open to collaborating and it was Jay Zarecki (bumblebee) who suggested we go for a gritty look to accent their already “beat up” and “used universe” look.

We shot the movie over one weekend and then continued onto the chase sequence which featured a modified RC car and an actual F15 RC plane. The main issue we had with chase was my desire to shoot it for real. The first challenge was finding the right location and capable pilot (Adin Tjeda) who could launch and land the plane without wheels, but also point and fly it directly over the RC car at no higher than 10 ft off the ground.

The second challenge was how to capture a 30mph car and 70mph plane in one shot since obviously the plane will over fly the car within seconds. We solved that by having Adin fly the plane against the wind thus slowing it down and having our cinematographer Danit Sigler shoot at 85 frame per second using 150mm lens which “compresses” distances.

We also had drone operator John Heim follow the action from above using a DJI drone, again at 50-60mph, thus capturing the plane flying over the car.

Here is a description of how the suites are built, by Jay Zarecki (Also Bumblebee) and Steve Paduano (Optimus Prime) Who built the suit together .

Steve: Optimus Prime is Built entirely of cardboard base and EVA foam.We started with cardboard to get the basic shapes going as it is cheaper and more easily available. The cardboard can be trimmed and modified until you achieve the desirable general shape and size

Jay: We start with the torso because its the biggest part of the costume to build, and the proportions have to be just right, and are tailor made for each person inside the costume.

Jay: Each Bot is built to scale to Optimus Prime. So if you’re a shorter person, you’re Bumblebee, and if very tall, something bigger like Megatron or a Dinobot.

Steve: Once the desired shape and size are achieved the cardboard is then cut apart and used as a template.

We use hot glue and contact cement to adhere all foam pieces. A sharp razor is a necessity to cut sharp clean lines. The foam can also be sanded on a belt sander or by hand.

Steve: We used a soldering iron with various tip to carve details into the foam as well as adding layers of thinner craft foam to get the detail we wanted.

Jay: We used to use a helmet on the inside but now its more just foam, no cardboard and gives better over all proportions.
Each time one is made, its better constructed than the last one. We have hit a nice plateau now thought with how we build them. Using contact cement instead of hot glue, making the heads without the helmets and starting to add lots of LEDS in appropriate places is key.

Steve: We prime all parts with plasti-dip which help prevent the subsequent layers of paint from soaking into the foam. We found this helped achieve a better overall look.

Steve: Depending on the character the weathering is key. If you are an ancient autonomous robotic organism who has been in countless battles, you should look it.

Jay: I’d go with krylon aluminum or brushed nickel, followed by adding mustard to cover the area I want showing in the end. OR, I’d not do a chrome layer and do dry brushing over the edges. Growing up painting warhammer 40k miniatures was a great help doing these larger “models”.

Steve: Grime is added using watered down acrylic paint which is wiped or sprayed on and then wiped off before it dries completely.

I give you Optimus Prime, built by Jay Zarecki and Steve Paduano of Arizona Autobots.

Jay: After this film, and spending almost 20 hours straight in costume, dragging ourselves across the ground falling down, getting punched in the face, there’s no substitute for real dirt and weathering.  if you put the 5 bots that were in this movie next to the ones we have (of which there are now 29), you can tell which have the dirt in all the right places, so we’ve been trying to copy that as we build newer bots. 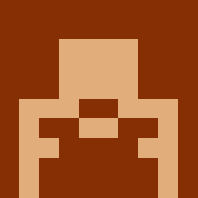