How Tinkering and “Problem Making” Are Shaking Up Higher Education

In the School of Design at DePaul University, my colleague LeAnne Wagner and I have been hard at work on a new program called “Designing for Physical Technology.” To wit:

Physical computing systems are increasingly being used to make our cars safer and our appliances more convenient to use. Toy manufacturers are using them to make ever more sophisticated interactive toys such as remote control helicopters. Sensor networks are used in parking garages to determine and show which spots are available. Artists are also using them to create physical environments that patrons can interact with. Individuals interested in physical technology have created DIY and DIWO (Do-It With Others) communities and a “maker culture” supported by media outlets such as Make:.

Programs that explore aspects of making, tinkering, and hacking would’ve been unheard of even ten years ago, but now we see them happening in universities all around the nation. Aside from DePaul, we see this at places like School of Art Institute of Chicago with their “Designing for Emerging Technology” program and Carnegie Mellon with “Physical Computing.” At the Nation of Makers White House summit, it became very clear during a breakout session of academics that makerspaces and Making were things that universities ranging from tier 1 research schools to small liberal arts colleges are exploring makerspaces and making.

Why are universities like DePaul creating Physical Technology programs?

Three major changes to the higher education landscape are contributing to the current Making movement: 1) a shift from focusing on problem solving to “problem making”, 2) a recognition that tinkering and Making have great value as constructionist learning methods, and 3) the incorporation of computational thinking teachings into many traditional programs including design, physics, art, cinema, and more.

A few months back at Chicago Southland Mini Maker Faire, I spoke with a woman who’d been a grade school educator for over 30 years. We spoke for a few minutes about the failings of learning by rote, and then she talked about how students today are learning how to solve for problems to test well. Conversely, at Maker Faire, people were excited about discovery and problem creation, not memorization to successfully take tests.

At the university level, we often have this same challenge with incoming students. How do we shift thinking from “What’s the quickest way to get an answer to my problem?” to “What’s a worthwhile problem to solve and how do I find that problem?” The latter is a much less certain path and Making offers some suggestions as to how it can be done.

In “The Storm of Creativity,” Kyna Leski talks about “problem making” as allowing intuition to set your path, tossing out anything extraneous, and being willing to be uncomfortable in seeking out new ideas and experiences in other fields of study. At my makerspace, Spacelab, I see this all the time. Our members encourage each other to pursue individual interests but often collaborate together in these spaces of uncertainty. Makerspaces are essentially places where we encourage each other to be uncomfortable in our faculties, and to pursue creativity and problem making through a particular type of intuition that bridges across many subject matters.

Intuition is a way to inform one’s creativity before engaging in process. It happens when you immerse yourself in something so much, that you feel yourself gravitating in a direction. It is both informed, and at the same time, without cause or intent or even direction. Tinkering is a very practical way to follow that intuition.

As higher education shifts more toward teaching as facilitating, rather than teaching as telling, we’re seeing more of this maker mentality. Students are encouraged to step outside the comfort zones of their abilities, knowledge, and skills, and are being encouraged to find answers for themselves.

Tinkering and Making Have Worth

In pursuing the creative process, makers and makerspaces embrace the acts of tinkering and hacking. These are pursuits that have been traditionally approached critically in academia and other areas as self-referential or causeless pursuits. For instance, in “Escaping the Sandbox,” Jenkins and Bogost claim that making “isolates itself from the broader application domains from which it draws inspiration.” They go on to conclude that graduating to professional practice “may be incompatible with the very concept of ‘maker culture.’”

The makers who I know heartily disagree that making serves no other purpose outside of self-propagation, and put forward a new idea: that making is a part of a broader set of things we do while engaging in the creative process. Higher education is starting to come around to this idea, too. In the Project Prospectus for their new Design Center (essentially a makerspace) at University of Illinois which is described as a place where “students will explore ideas and master skills through action — immersing, designing, making, doing,” the report states the following:

The Design Center is a point of convergence where the campus community convenes, discusses, questions, thinks, gets inspired, dreams, conceptualizes, invents, creates, and innovates. The Design Center enables people to collaborate, immerses them in discovering, understanding and tackling meaningful challenges for which they design solutions, and connects them to a network of campus, community, and global resources. Embedded in this broader network, the Design Center is a beacon of Illinois’ institutional commitment to education and discovery with societal purpose and relevance.

In other words, through the act of immersion and cross-domain knowledge transfers and, importantly, acting through making, students will create new knowledge that moves them toward new discoveries.

Tinkering is a form of embodied learning, then: of making learning tangible. John Seely Brown talks about this in Tinkering as a Mode of Knowledge Production when he says “we have to get [kids] to want to constantly learn new types of things […] and we have to find a way to get kids to play with knowledge […] not always believing that it is already always known, but to get them to believe that they can create knowledge on the fly by experimenting with things.” Tinkering is how we begin to answer fundamental questions about “how” a thing works, and in doing so, better understand the medium or object that we want to express ourselves through. Moreover, tinkering is an incredibly low-friction way to learn by making mistakes and finding problems.

Tinkering for a maker is a way of following one’s intuition by, after immersion in a topic, exploring through embodiment. These pursuits often lead to interesting results in the realms of art, design, education, and even commercial endeavors. At certain levels of higher education, people are beginning to realize the worth in this, as well. From Physics classes that explore the “Physics of Music” through visualizing soundwaves in water or fire like my friend Andrew Morrison’s classes at Joliet Junior College, to schools like ours at DePaul encouraging design students to learn to code through creating physical manifestations of their software in “Hardware Design Basics,” classes are popping up that encourage students to learn by doing.

Seymour Papert, father of Constructionism, once wrote, “Adults have been brainwashed into thinking that they can’t really learn about computers without being taught, so it’s more difficult for them to feel comfortable with a computer. Deep down, I think they’re afraid of learning about computers.” The same, I think, can be applied to many students (and even teachers) at all levels, including higher ed.

Computational thinking is an ability to understand and solve for problems in a way that follows the logic of computers. This spans from finding problems, defining them, and iterating on them. It’s also an incredibly powerful tool in the literacy and creation of objects through the computer medium that everyone who makes with a computer should understand, and many schools are starting to catch onto this.

No longer can a designer, for instance, function without the ability to, at some level, program for a computer, or understand the manufacturing and materials processes behind their designs. In my industry, discussions with companies like Caterpillar talk about problems where incoming students are capable of creating digital artifacts, but have a difficulty bridging the gap to the realization of the idea.

But the barriers for people to enter platform development and digital fabrication are lower than ever. With easy to use tinkering platforms like Arduino and a shift toward thinking about User Interfaces at the sensor level (referred to sometimes as Natural User Interfaces by researchers like Bill Buxton), I think we’ll see a change in the expectations across many disciplines of understanding the hardware that we interface with. Computational thinking is important for everyone, not just computer scientists, and institutions are beginning to train students in this approach.

Many universities are beginning to embrace making and makerspaces as a valid way to enable students who are capable of creating problems, who are comfortable with tinkering and making as a way of learning, and who learn through computational thinking. By doing this, students will be prepared for a new work environment where they are expected not only to solve for problems, but to find new ones.

Furthermore, the real world now demands physical skills from artists and people going into industry alike. No longer will it be acceptable for a student to have the ability to create a digital artifact, but have little to no understanding of how to physically manifest that thing and to speak intelligently about how it works.

“Reshoring,” the practice of bringing manufacturing back to the United States, has become common practice at companies like GE, where employees will now be expected to have the capability to manufacture products in house.

In order to prepare for an economy shifting toward problem-making, students will need to learn how to explore and craft for objects in their field. In “Creative Intelligence,” Nussbaum states that “In order to participate in the maker economy, we all need a new set of tools. Those of us who know how to work with our hands, or who have embraced digital forms of making [..] have already mastered many of them.” This is the very thing that universities and places of higher learning need to train students for: placing a further emphasis on learning through making and embracing the uncertainties that come along with it. 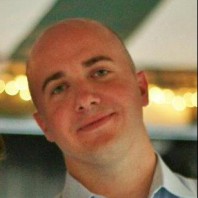 Jay Margalus is a game developer, hacker, and designer. He currently runs the makerspace Spacelab, Chicago Southland Mini Maker Faire, and is a professor at DePaul University in the School of Design. Jay’s additional research includes developing for custom game hardware projects like Big Data Outbreak and Project Libity.