Hey! My name is Sydney.

And my name is Luke!

We’re the lab interns here at Make: magazine. Our role is to  build the various projects you see in the magazine and online so we can provide professional art and step shots to guide our viewers through the processes. We problem-solve and find better ways to do things so you, the reader (and hopefully the maker), have a stress-free time building the various projects Make: shares with you.

We want to share with you the behind the scenes work that goes into producing Make: magazine and the Make: blog.

To start, here is a little bit about the two of us:

Luke is the newest intern here in the Make: lab. Originally from Pennsylvania, he’s a rising junior at Tulane University studying engineering physics with a certificate in mechanical engineering. Since he was very young, Luke has followed Make:’s podcast and Weekend Project series, and credits these videos for sparking his passion for engineering. During the school year he’ll be working in Tulane’s very own makerspace. In his free time he enjoys running, playing tennis, and producing music. He’s incredibly excited to be here with us and can’t wait to get to work!

Sydney grew up in the East Bay Area, and has been involved with the maker community for her entire life. She grew up immersed in heavily creative environments like Burning Man and Maker Faire for as long as she can remember, thanks to her dad, who has been a part of working on the art for these very events. She is very passionate about making things and learning with her hands. She is in love with film photography (she processes her own film at home, although she has nearly 20 rolls waiting to be developed…), has an orange bearded dragon named Blaise Pascal, and has recently taken up knitting to give her something to do on her long BART rides to and from work. Sydney has been working at Make: since September of 2016, and will be moving on to studying for her fine arts degree at Oregon College of Art and Craft this fall.

Right now in the magazine cycle we’re getting ready to work on a new issue. This means the editorial team is figuring out what we want to feature. This involves getting in touch with our makers and authors to create manuscripts. Once we have that information, we can start thinking about what we need to build the project. Either Sydney or Luke will scope the lab out to see what parts we already have in stock for a project — generally the basics are covered. Then we have to go online and find the parts we still need and have them shipped to our office. If we can’t find the part we need online, it may require a special errand. We’ve made trips to the Lego store, done sketchy pickups in the middle of the Tenderloin for some boards, gone shopping at a Chinese grocery store, and even sourced pumpkins in the middle of June.

LONG STORY SHORT— this week we’re not working on too many projects. But we have a few and we’d like to share them with you!

Earlier this week Mike (our executive editor) tasked Luke with his first project: switching which way our fridge door opens! We now have easy access to all of our cold noms.

I (Sydney) didn’t have anything to work on the other day so I came up with this easy project and wrote up an article on how to make this valet. Look for it soon. I think it would be a great gift for fathers day!

Sydney has been 3D printing parts for a nightlight on our Ultimaker 2+.

Luke is making the final wire connections on the ManCrates Ammo Can Speaker kit that was sent to us.

Sydney finally put Chip E together! He makes his noises and his eyes turn on, but gives no response to his controller. Onto the next round of trouble shooting…

The USB jack on one of our battery charging phone cases in the lab went bad, so Luke desoldered it from the board and installed a new one.

In the effort to organize the lab, some things just can’t get up to my standards. -Sydney

Thats it for this week! We’ll be trying to give lab updates every week, so keep your eye out for more sneak peaks and behind the scenes from the interns at Make: magazine! Let us know if there is anything you’d specifically like to see from us or in this article stream!

See you guys next week!! 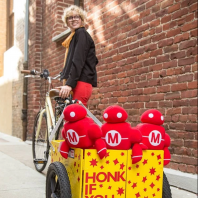 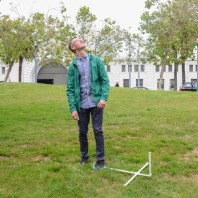