We were back at it this year for Halloween and the upcoming final installment of the Trilogy. After having such success in the neighborhood with the Death Star in 2015 and the Millennium Falcon in 2017, we decided to do an epic battle in anticipation of The Rise of Skywalker release, and the kids chose something pretty unique: one of the most iconic rebel ships, the X-wing (piloted by Luke of course), and an equally iconic Sith craft, the TIE Fighter — but not just the standard LN or Vader’s TIE Advanced; the kids decided to go with the TIE Silencer, Kylo Ren’s not so well-known ship.

Constructing two ships was for sure going to be a challenge, just to get them built in time for Halloween. But the ‘hood was up for it!

A friend and former ILM animator who lives up the street heard about the Halloween plan during a morning run back in February. He offered to help with our Halloween project by superimposing 3D images of the ships onto a picture of our house.

To get started we selected the base materials. We used wood this time due to the overall length of the ships and also repurposed the parachute material from the previous builds and a lot of other hardware and screws.

We made a sheet of stickers detailed to R2D2 specs and applied those to a 24” diameter plastic dome. The inside of the dome was painted metallic silver from the inside to give it a durable and ‘deep’ look. Blue LEDs complete the droid which is illuminated from underneath.

The X-wing’s 20′ wide foiled wings and 19′ body are outlined in white LEDs with a warm white set of LEDs to light up an image of Luke in the cockpit.

The 18″ to 12″ diameter, 7′ long engines are illuminated with pink LEDs (yep, that’s the screen color!). Finally, the X-wing is mounted on a custom made stand which then sits on the roof at a 20 degree pitch.

The Tie Silencer started as a simple “box with wings.” The wings were tricky however — each being 25′ long and 3 1/2′ tall. The 15’+ cantilever of these wings required ‘T’ beams made out of (2) 2×4’s glued and screwed together in a T shape for added strength, and (2) 1/2” thick steel ‘straps’ on each side, bent by my friends at Golden State Steel and Stair in Richmond to help support the wings attached at a 18 degree angle to the body.

Silencer wing panels were infilled with parachute material repurposed from both the Death Star and Falcon. The panels are then outlined in red LEDs. A 60” diameter Kylo Ren image was placed in a round cockpit made from 1/2” PVC conduit and Kylo is illuminated by a set of warm white LEDs. The Silencer’s engine pulses with another set of red LEDs.

The Silencer is set on a 20 degree pitched stand as it banks a turn attempting to get away from the X-wing in pursuit.

Stands are painted black and cloaked in black filter fabric. Everything is water resistant and designed to handle wind and weather.

The X-wing location was moved farther to the south than originally planned and placed on a 10’x10’ stand on the ridge of the roof instead of down in the valley. This gave more space between the two ships.

The Silencer started as a grey frame with black panels but then when the movie trailers came out for the Rise of Skywalker we saw Kylo’s new silencer was a black frame with grey panels and red accents. In the end this worked out better because although we had to paint additional 2x material black instead of grey, we were able to use the grey 2x4s for the X-wing and repurpose the parachute material for the Silencer wing panels.

As a final touch, blinking red LEDs connect between two of the X-wing cannons and Silencer wing. On that wing there are two LED “bursts” to simulate explosions where the lasers strike the wing. Kylo doesn’t stand a chance!

Lighting is controlled by photocell timers which turn on at dusk and remain on for 6 hours.

Mother Nature brought challenges, too. Due to high wind forecasts, PG&E shut off power in our neighborhood the weekend we were to hoist the ships to the roof. That same weekend, a grass fire broke out just two miles from our home and several neighborhoods were evacuated. The hoisting was postponed until Wednesday for the X-wing and Thursday — Halloween — for the Silencer. Both ships went up and were installed without a hitch, just in time for the neighborhood party!

Of course, none of this would’ve been possible without help from our family and so many neighbors ;-) 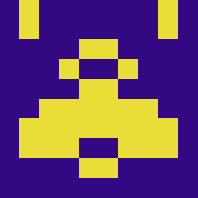