My Dad was Paul Alford Harris. He passed away in 1991 when I was 19 years old but he left a very lasting impression upon me. He worked in a radio shop as a kid, and later joined the army in World War II to be in the signal corps. After the war he attended United Television Labs, a new technical school established to teach people skills relevant to the new Television Industry. After graduating he went to work for RCA and started off as a technician aligning tuners in TV sets. Later he worked his way up the ladder and was a foreman in charge of the assembly line where the first color TV was produced!  It was his job to make sure those sets got out of the factory, working, high quality, and on time.  (at that time they were the most complex piece of consumer electronics ever designed and built). He worked on cars, built our garage, and taught himself how to work on or fix almost anything. I learned a great deal about electronics, mechanics, and many other maker skills by holding the flashlight while he did his work.

My dad always told me that when doing something, especially using a tool, that the work should be easy. If you are forcing something, or working twice as hard as you think you should then something is wrong with how you are doing things, or your tool isn’t sharp enough, or there is some other problem. Be patient, slow down, and start over. When you try to do something too quickly without patience you usually end up taking three times as long because you end up going back and re-doing it again the “slower” way anyway. Advice that its taken me 20 years to fully appreciate and put into practice in my day to day life!

The item he made is a 1951 Heathkit Oscilloscope.  He built it to use in his side business of TV repair (he stopped doing that seriously in the late 1960’s but continued to be involved in electronics and always fixed neighbors and friends electronics). My first memories around the age of 3 or 4 were of seeing my voice on the screen of this kit oscilloscope while he worked on projects in his workshop. Later I sorted resistors by color code into coffee cans and sorted nuts and bolts by type while he did other projects.

I’ve kept his Oscilloscope all of these years and recently I’ve been taking it to Maker Faire exhibits with me to show kids their voices on the screen and tell this same story of how I got started in Science and Technology. It has been a big hit. I’ve taken to my own Burlington Mini Maker Faire, to the Martinsville VA Mini Maker Faire, and most recently last weekend to the DC Mini Maker Faire.

Children go wild when they see their voice on screen, and the size of the smile on adults faces is directly proportional to their age, remembering their own Heath Kit projects or projects built by their own fathers (or moms!). It is always a good conversation starter. The scope is all vacuum tube (other than a mod to the power supply to replace vacuum tube diodes with silicon diodes) and still works after all these years. 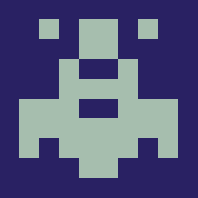