The Joys of Being a Manufacturing Engineer

Frequently, as I read the various articles in MAKE, I come across stories from young folks indicating that they want to become mechanical engineers when they come of age so they can continue to “make things” for a profession. I would like to guide them into perhaps a more suitable profession — one of being a manufacturing engineer. I’ve been a manufacturing engineer for 36 years in a number of different areas and have loved my choice of engineering from the beginning.

Growing up I always thought that I wanted be be an architect or an engineer. Either of those professions seemed to be a good outlet for my creativity. I would draw house plans or make any number of plastic models. I had a drafting table in my bedroom that was bigger than my bed! There was always something that needed to be designed or built.

Through high school and college I worked for a small manufacturing company during the summers as a draftsman/designer. Looking back, I can now see how valuable that work experience was. The feedback I received from the toolmakers was invaluable. They would let me know what was manufacturable and what was not, sometimes in a very animated fashion!

As I looked for colleges, I chose two that had very well-known architecture programs. I chose Cal Poly in San Luis Obispo, Calif., even though I was told that I would have to be added to a waiting list for the School of Architecture. While I waited for an opening, I enrolled in the mechanical engineering program. As much as I enjoyed the lab work, I found the theoretical end of it rather pointless. What on earth was I going to do with an answer of 2 pi theta? I wanted to be able to work on problems where the answer was 15 feet per second or a mass of 7 pounds. I was fortunate to discover the manufacturing engineering program at Cal Poly while waiting for my opening in the School of Architecture. After my one-year wait, I did indeed get a call from the dean’s assistant informing me of my opening. I politely declined. I was informed that no one passes an opportunity to enter that program. I might have been the first ever!

The manufacturing engineering program was fantastic. Not only did one get the theory of a particular operation, but it was followed up with a lab where you put into practice the theory. This was true for the machine and electronic labs, but also chemistry and physics. I believe that program and many others at Cal Poly provide an education that is second to none. The school’s credo is “Learn by Doing.” Even today Cal Poly graduates are highly sought after individuals, due to the fact that they can actually do something in industry on their first day on the job.

As an example, my senior project was to design and build an injection mold. I chose a scale model of the Great Pyramid of Cheops. I sat down with my drafting kit and began the design of a thin-walled pyramid. Once the design was completed and my advisor approved it, I machined all the components and fitted them together. The final step was to mount the mold set into an injection molder and shoot the parts! Talk about fully understanding the design, development, and implementation of a real-world task!

I feel very fortunate that I was able to attend college, and specifically find a program that I just fell in love with. As I read various comments in MAKE magazine and elsewhere indicating that the writer would like to become a mechanical engineer, I would recommend young makers seek a manufacturing program that works for them. This can either be a two-year or a four-year program. I have found that these programs allow one to move on into industry and continue “making things” and get paid for it! 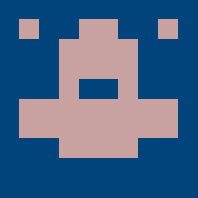