The Road to Maker Faire: beatseqr

Our project is an open source, Arduino Mega-based computer interface and max/msp– based MIDI sequencer. You can find all kinds of information about it at beatseqr.com, but the ten-second pitch goes like this:

Drum machines are fun to use because the interface is intuitive, but they only make the sounds they know how to make. And/or they’re really expensive. Computers can make just about any sound, but using the mouse really sucks for making beats in real time. Our project combines the best of both worlds. It’s a drum machine style interface that works with your computer’s music software.

My collaborating partner, Derek Scott, and I have been working on the project for over a year and are really excited to show it off at Maker Faire. We’ve been preparing since March when the call went out for submissions. Since then, I’ve been trying to keep myself focused by writing down all of the things I need to do. Every time I look at the list, I realize I’ve forgotten two or three things. But that’s OK. It’ll be OK.

Just *going* to the Maker Faire is reason enough to be excited, so coming back and showing again is really awesome. Last time we showed, we had a tiny seed of an idea, and in the three years since, it’s grown and grown. So now we’re ready to share it with the maker community.

We had more good ideas than time to get them done, so we let ourselves think big for a while and then narrowed down the list to what we could do in the available time. Since time was short, I pressed my robots into service:

CNC Router + CAM software — This robot is a 3-axis computer numerically controlled router. It can cut all kinds of things. For the show, I’m using it to cut out our signage, and produce some silicone casting molds and prototypes for where we’re going in the next year. Below is a movie of one of the prototyping experiments I did to try out different interface ideas. I’ll have the results of this experiment in our booth.

A desktop vinyl cutter + controller software — I’m producing a ton of vinyl stickers to give away at the Faire. Everyone likes getting freebies, so I’m going to bring as many as I can cut until showtime.

So, signage, stickers, and embroidery… all made at home. Woo-hoo! But, there’s SO much left to do. :) Which reminds me — I should get back to it. See you in Fiesta Hall!!

Steve Cooley is a multimedia artist in Silicon Valley. He’s a software engineer by day and is attempting to make his mark on the world by night. Along with band mates Charles Johnson (aka QORSER) and Derek Scott (aka The Rhythmist) Steve Cooley is in a live improvised techno band called Haptic Synapses, of which Beatseqr and Steppa are featured instruments. You can frequently see his visual work displayed in various Bay Area venues, and hear his band play live about once a month. You can check out his music at hapticsynapses.com, and, in his opinion, the best netlabel in the world: dobox recordings 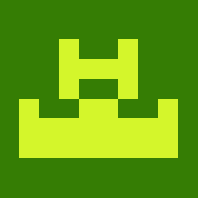