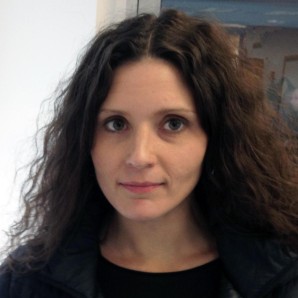 This social enterprise based in India empowers urban waste pickers with the technology to convert waste plastic into 3D-printer filament.

How to Explain 3D Printing in 30 Seconds

Anna Kaziunas France breaks down all of 3D printing into a 30 second segment for CNBC's "30 Seconds to Know".

Our faBrickation friends made us an awesome jointed Makey prototype! Join Us for a live faBrickation demo on G+ on...

faBrickation is a new approach to speed up 3D printed rapid prototyping. The key idea is to save time by...

The State of 3D Printing and Scanning After CES 2014: The Push For Mainstreaming Begins

The movement to mainstream 3D printing is aggressively pursuing a sea change that replaces "experimental" with "easy".

This week at CES 2014 we saw a lot of the typical fare: televisions, tablets, cameras, and phones. But we...

Catching Up With Pirate3D On Life After Kickstarter

I met up with Pirate3D, the makers of the Buccaneer 3D printer, to hear more about the status of their company after...

Making Is Mainstream: Sam Jacoby of FormLabs at CES 2014

On the floor of CES 2014, I had to opportunity to speak with Sam Jacoby of FormLabs about their Form1 SLA 3D...

At CES 2014, I ran into the DWS Labs team who gave me an overview of their XFAB SLA printer....