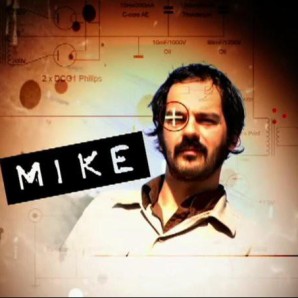 Medication Dispenser, Smart Home Sentry, and More: Here are the Winners of Our Sigma Z-Wave Challenge

We received tons of great submissions — thank you all! — and today are excited to announce the winners to...

Our favorite Star Wars "it really flies!" model aircraft builder is at it again.

The interview goes into their ideas for necessary changes to the company, possible options for previous members with lifetime memberships,...

This piece of art is a great take on the film's gaudy original, although I don't know that it'd be...

Adam Woodworth's R/C creations bring whimsical aircraft and spacecraft to life as actual flying toys. His latest creation is a...

If you like glowing, 7-foot tall glass robots, creator Wayne Strattman is looking for a new location to let his...

Behold this 28-foot Millennium Falcon that hovers over the roof of a neighborhood home. It's impressive...most impressive.

Memorializing a Friend’s Passed Pet With a Carved-Wood Pug

When the pug of a friend of Reddit user Tyus died recently, he decided to make her a wood carving in...