Harvest and Ferment Your Own Simple Hot Sauce

For all of its complexity, making hot sauce is actually as simple as combining two ingredients: ripened hot peppers and salt. Just crush the peppers, add some salt, and then wait for fermentation to start and finish.

While the process is easy enough, there’s lots of room for variation — especially if you grow your own varieties of peppers. Mixing different peppers in a hot sauce can blend heat with distinctive flavors. I like using red Fresno chiles, and the much hotter orange habanero peppers, which I sometimes blend together.

Harvest your peppers, then wash them and remove the stems. You can use a food processor or blender to chop them up into a mash. Alternatively, a vegetable juicer is a good way to extract the juice from ripe peppers. After juicing you’ll want to mix the juice and pulp back together. Next, pour the mixture into a glass jar or crock that has some headroom.

Beware: If you use plastic or silicone tools, those materials will retain some of the peppery heat!

Instead of table salt, look for pickling salt or kosher salt that has no iodine or preservatives. Add enough salt — not too much and not too little. Cover the jar with cheesecloth, which will keep out pests while allowing air to circulate. You can also use a Mason jar with an airlock fitted into the lid. The salt allows Lactobacillales, or lactic acid bacteria (LAB), to establish themselves. In a process called lactic acid fermentation, the bacteria consume the sugars in the juice and produce lactic acid. This lowers the pH of the ferment, which protects it from harmful types of bacteria, and adds a distinctly acidic and delicious flavor.

Now you must wait several weeks while you watch the ferment progress. Ferments are living things and they take their own sweet time, but 2–4 weeks is usually enough. If you see mold, just scrape it off the top. Once fermentation is done, strain it to remove the pulp, pressing it to extract as much liquid as possible. You can juice the strained pulp and add the resulting liquid back in. At this point, you can age the hot sauce, but it’s optional. I bought a one-gallon barrel, which is charred on the inside. I add the sauce, seal the barrel with a bung, and let it sit untouched for several months before bottling. Once bottled, the hot sauce will separate with the solids settling on the bottom. Commercial sauces use xanthan gum or other ingredients to keep the sauce from separating. I take separation as a sign that the sauce is homemade, and requires shaking before use.

You can add vinegar to the sauce, if you like. I don’t. Vinegar is found in most commercial sauces. It adds flavor, but mostly helps as a preservative. For more variation, you can add tomatoes, carrots, and other vegetables, which will temper the heat. You can also add spices. I like the full-on taste of the peppers themselves. Your hot sauce can be used as a topping on anything from meat to eggs to tacos, and can give soul to sauces and marinades, as well as beans and soups. In making your own hot sauce, focus not just on the hot part but also on creating a satisfying, strongly flavored sauce. 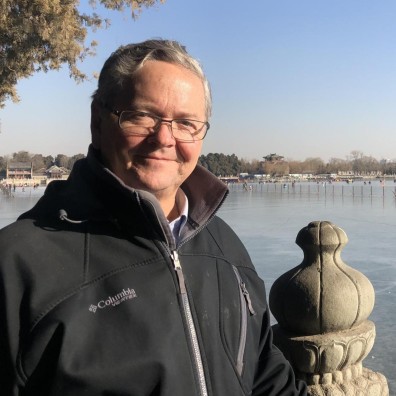