Here’s an automatic minder to keep your furry friends’ water supply topped up while you’re away or indisposed. Two homemade dip probes, connected to a microcontroller, sense the water level in a pet’s dish and automatically activate a pump to refill it from a reservoir when it gets low, or send a tweet when the reservoir runs out.

The system I built is based on an Arduino microcontroller, which reads two sensors and controls the waterworks. The simple dip probes are built from just a transistor connected to some wire. The reservoir can be any size but I chose a 3-gallon jug — it lasts a good while but it’s not too bulky. The pet water bowl is filled by a small aquarium pump that sits at the bottom of the reservoir.

The tweeting capabilities come from an Arduino Ethernet shield (or a WiFi shield if you want to get fancy). If the pet bowl doesn’t fill up after a set time in the code, due to an empty reservoir or a sensor failure, it will automatically shut off and post an error tweet, so you can hurry home and top off your pet’s tank. Step #2: Put it on the MakerShield. 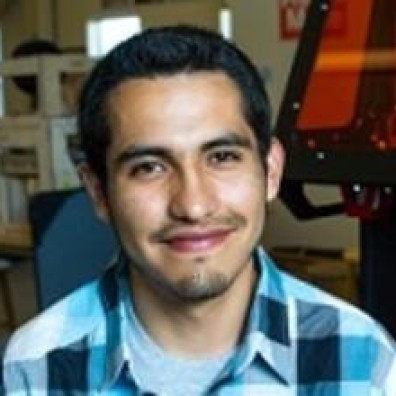 I'm currently a Robotics Engineering student. I enjoy tinkering and hacking electronics. I love micro controllers and the endless projects and possibilities they contain. http://www.eloysalinas.com