Leading up to the Faire, we did a small series of posts with makers on their way to the event. Now that the show’s over, we hope to get some post-Faire impressions from some of them. Here, Raven Hanna, of Made with Molecules and the Science Tarot project shares her experience. — Gareth

The Maker Faire was exactly what I expected, which means it was inspiring and surprising. The amazing projects and engaging conversations boggled my brain and left me blissfully exhausted. Some of my favorite experiences: seeing folks coming up to my table wearing molecules they’d gotten from me last year, giving advice to people interested in selling what they make at a panel presentation, and reconnecting with other science-inspired makers. Surly Amy of SurlyRamics was up from LA. Her ceramics Smart Jewelry features such science-y things as Darwin’s evolutionary tree sketch and the scientific method flow chart. Also visiting from LA was Julie Peasley with her Particle Zoo, a collection of wonderful and huggable sub-atomic particle softies. I was also quite taken with the cellular embroidery design from Kristin Henry of GalaxyGoo, a science-education non-profit from my ‘hood in San Francisco. And I briefly met Laura Cesari, the brain behind the solar system-inspired Chain of Being jewelry, which I’ve admired from afar.

As if being immersed in my tribe of makers and maker-appreciators wasn’t enough, my project received an Editor’s Choice Blue Ribbon! I felt like I’d won the elementary school science fair! In fact, I think that’s what the Maker Faire does best: it reminds us what it feels like to be excited about the world and all its possibilities, like we were when we were young. So many people probably become makers because they never lost that feeling of wonder and creativity, and so many others are rediscovering it. I can’t wait until next year! 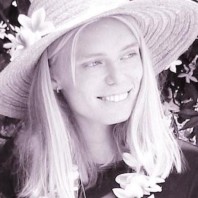