Attorney Brendan Schulman describes his case, the first-ever litigation involving the operation of a civilian drone.

Team BlackSheep is renowned for creating spectacular videos of world landmarks using radio-control drones. The FAA is attempting to fine lead pilot Raphael “Trappy” Pirker, for his flight at the University of Virginia where he was invited to shoot promotional video. The FAA alleges that his 5-pound styrofoam model airplane was a commercial “unmanned aircraft system” and that he flew too close to buildings, people, and objects on the ground. Although Raphael’s flight caused no damage, the FAA is pursuing a fine under the federal aviation regulation concerning reckless operation of an aircraft. That regulation is typically used when pilots dangerously overload planes or land on highways. It has never been applied to model airplanes before.

We filed a motion to dismiss the case on the basis that there are no federal aviation regulations concerning the operation of model aircraft. In 1981, the FAA published model aircraft operating guidelines, but those are “voluntary.” Nor has the FAA ever before responded to model aircraft mishaps. In 2007, the FAA changed its approach, issuing a “policy statement” that purports to ban commercial use of model aircraft and to subject them to federal regulations. The FAA then sent cease-and-desist letters to aerial photography companies that were using model aircraft, stifling a new technology with enormous potential.

We have argued that the ban is not legally enforceable. The FAA did not conduct the required notice-and-comment process, a process that allows the public to comment on new proposed rules before they become law. This is not a minor point; it is our democracy at work.

The case has wide-reaching implications: It challenges the FAA’s purported ban on commercial drones as well as its jurisdiction over small drones flown near the ground. And it may affect whether the U.S., the world’s aviation leader, will retain that role in the 21st century.

Battle of the Skies

7,500. That is the estimate from the Federal Aviation Administration’s top official of how many private drones will be operating in American skies in the next few years. Other estimates predict triple that number. Some technologies pose a challenge to law and legal institutions when they hit the mainstream, and the use of drones is among them

One of the biggest legal issues facing flying drones is federal regulation. Today the FAA permits drone use by public entities, like police departments, that apply for a special certificate. The agency recently released a report laying out its basic plan for integrating private drones into domestic airspace as well. Short on details, the report forecasts how the FAA will work with other agencies, industry, and the public on safety, security and other issues. We can expect new regulations and procedures within the next few years. The agency may even revisit its restriction on hobbyists, which today must use drones away from populated areas and without charging money.

The FAA aims to develop a similar COA process for private UAS. Everyone will need to be licensed (that is, apply for a COA), I would think, except hobbyists. We don’t know what this will look like, so it’s difficult to say if it will vary by application or industry. It would be surprising actually, as I think key distinctions will remain public versus private commercial use. Congress requires the FAA to complete this process of letting private UAS operators apply by 2015 — it’s in the 2012 statute. However, this doesn’t mean that commercial drones will start flying then, only that the preliminary rules will be in place.

I have faith in law’s ability to adapt to a new transformative technology like drones. But the journey could still be a turbulent one. 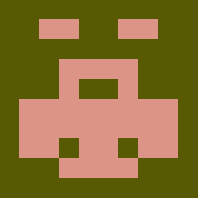