Brickfilm-maker David Pagano shares some of his personal creations, as well as notable brickfilms from other creators.–Ed.

In some ways, The Lego Movie is like one big love letter to brickfilmers everywhere. Based on interviews, it seems like that was the directors’ intention. With that in mind, here are 10 works of Lego animated art (in no particular order) that you should check out before heading to the theater this weekend …

The Magic Portal by Lindsay Fleay

The second-oldest known Lego fan film took four years to complete and was shot on 16mm back in the 1980s. Keep watch for a shout-out to this film in The Lego Movie.

The Nightly News at Nine by David Pickett

This episodic series details the zany adventures of a TV News team who live in a fantastical world made of plastic bricks.

Garrett, who has since worked on many official projects for TLG, started out with this sweet tale of a brother and sister who just can’t agree on what to build.

The oldest known official Lego stop-motion release, this series of 7 shorts uses all brick-built characters and was produced by Vianco Studio in Budapest in the late 1980s.

A wonderful, beautifully designed film about a down-and-out robot who’s just trying to get her legs repaired.
http://youtu.be/vkraLbPTO5s

This short uses only 10 Lego elements to tell its story; proving that it’s not how many bricks you have, but how you use them.

Spider-Man: The Peril of Doc Ock by Spite Your Face Productions

One of the earliest official Lego shorts of the modern era, this Spider-Man adventure was created by Spite Your Face Productions, perhaps best known for their Monty Python and the Holy Grail Lego tribute.

What’s a list of brickfilms without some solid self-promotion? Little Guys! was my thesis film in college, and features giant brick-built characters. I’m working on the sequel as we speak.

A terrific homage to video games of yore by Rymdreglage, a musical duo from Sweden.

This short from 2000 was released by TLG to coincide with the Lego Studios product line. A goofy, fun story of a cop who just happens to also be a dinosaur. 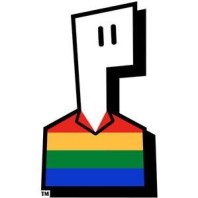 David Pagano is the "brains" behind Paganomation, an independent studio responsible for shorts like "Little Guys!" and "Playback" as well as things like the Space Police III and Super Heroes shorts for TLG. When he's not doing stop-motion with toys, David attempts to make "LEGO Animation Historian" his second unlikely career path.