3D Printing With Peanut Butter: Assembling And Testing The Cerambot

In Search of DIY Products at CES 2020

Why the Maker Community is Important After Natural Disasters 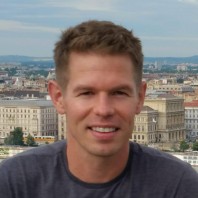 Congressman Tim Ryan from Ohio arrives with his family and is welcomed by Make: founder Dale Dougherty.

The driver from the Milwaukee Makerspace team maneuvers through the Power Racing Series course.

Stephen Hawes shows off his Wrist-Mounted Flamethrower; it’s controlled by an Arduino board and uses a modified taser circuit for ignition.

A maker makes final adjustments to the Intel HR-0S1, an open source robot due out in January.

Maker father and son enjoy a day together at Maker’s Faire.

The bicycle-powered Tick Tock the Croc boogied its way through the crowd for two days.

Thomas Lemieux is poised to take off in his Stark Industries Ironman Ghostbuster proton pack.

Makers of all ages learned an essential skill in the RadioShack Learn to Solder tent.

Anastasia Miron, a walk-in maker from crafting company GlobeIn, enjoys a kinetic moment at the Bash the Trash exhibit.

Boom! The Puffing Gun is a historically accurate recreation of a cereal puffing gun from the Museum of Food and Drink.

Makers left their heartfelt messages at the LEGO Mindstorms exhibit.

Thulani Ngazimbi from The Rad Black Kids makes custom longboards and guitars. The group also plants a tree for every product sold.

Local Motors’ Strati is the first 3D-printed car; it was printed in one piece on a large-format printer in 44 hours.

Cole Hartnett, 11, releases his inner dinosaur with KitRex; this model is a 15-foot-long velociraptor costume made of cardboard.

Striking a pose at Maker Faire; the InMoov is open source, 3D-printed and lifesize.

Sam Herman, 10, models a Fresnel Lens Recycle Bin, one of the many interactive exhibits made in his father’s Physics Bus.

Seen in the LG Electronics Inc. booth; we think that makes a great motto..

Do you think the Metro Card Man, Gregory Rodolico, took the subway to Maker Faire?

The Hack to the Future team revs up its highly custom DeLorean on the Power Racing Series track.

The dancers of iLuminate wear light suits wirelessly controlled and synchronized to the music and choreography.

The BEVLAB pop-up exhibit in the PepsiCo booth uses liquid nitrogen to create a new kind of slushy.

“Digital Being” uses e-waste to make art; seen from above, this girl is standing in the middle of a map of Manhattan.

Keahi Seymour gets ready to head home in his Bionic Boots.